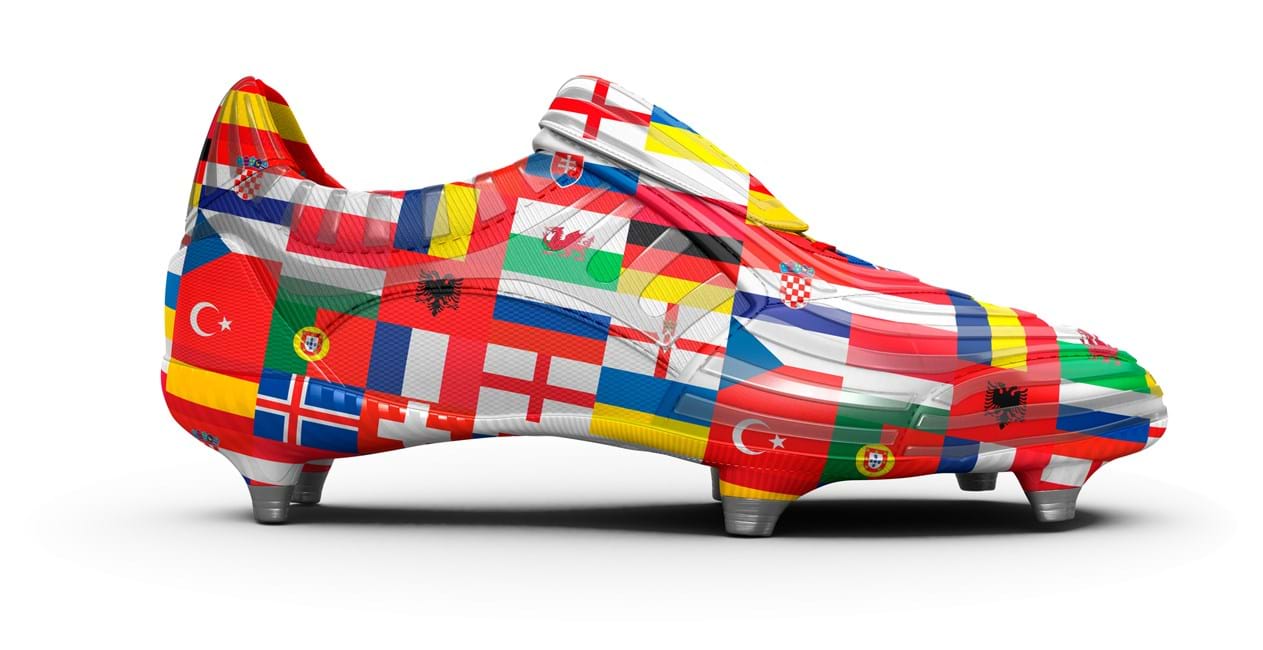 In 2016 UEFA European Football Championship the quadrennial football competition was held in France. Wales was one of the most inspirational teams beating Slovakia, Russia, Northern Ireland and Belgium on the way to a semi-final against Portugal on the 6th of July in Stade de Lyon, Lyon.

Unfortunately, Wales lost 2 - 0 to Portugal however in many ways they were one of the real winners of the tournament. During the tournament the rugby-loving nation of Wales turned football mad! More than half the country watched the Portugal game. It was a national television record for watching a sporting event in Wales.

An estimated 20,000 supporters made their way to Lyon, France to watch the game. A further 27,000 supporters watched the game at the Principality Stadium fan zone in Cardiff with another 10,000 watching at the Swansea fan zone.

The financial reward for getting the team to France was £6.4 million and an extra £1.7million for their 2 group B wins. A further £1.3million was awarded for getting to the last 16, £2.1million for making the quarter finals and finally another 3.4million for being in the last 4. A total of £14.9million for the Football Association of Wales to support the national team and the grass roots.

Legends of the game such as Neville Southall, Ryan Giggs, Ian Rush and Mark Hughes never played in a major international tournament. Hal Robson-Kanu, Sam Vokes, James Chester, Chris Gunter and Dave Edwards are among the Welsh players who will go down in history for featuring in their country's greatest football achievement back in 2016.

In 2020 (delayed until 2021) Wales will be one of the 24 teams hoping to lift the European Championship Cup. The competition will be staged between 21st of June and July 2021 across 11 host cities. Wales will play Italy, Switzerland, and Turkey in the group A draw.

Once again in 2021 the nation will be supporting the national team with the hashtag #TogetherStronger. C’mon Wales! 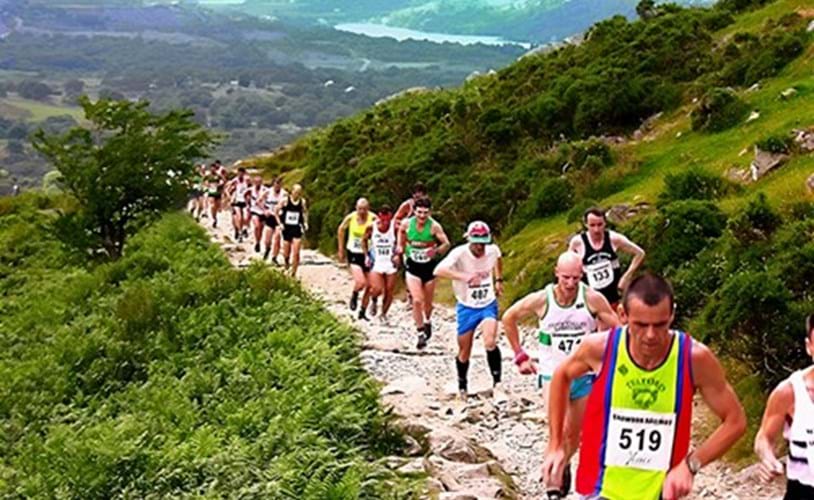 The International Snowdon Race is renowned throughout the world. It celebrates 45 years this year.

Ken Jones originally had the idea of holding a race as part of the Llanberis Carnival. When it was first held in 1976, 86 people came to compete. The race became very popular, and now over 600 runners run the 10 miles along the Llanberis Trail to the summit of Snowdon and back each year. The first Welshman to win the main race was Colin Jones in 1988 in 1:05:14.

Not many accidents have happened in the race, luckily. More occur when the weather is hot, because some runners faint and lose too much water from the body. 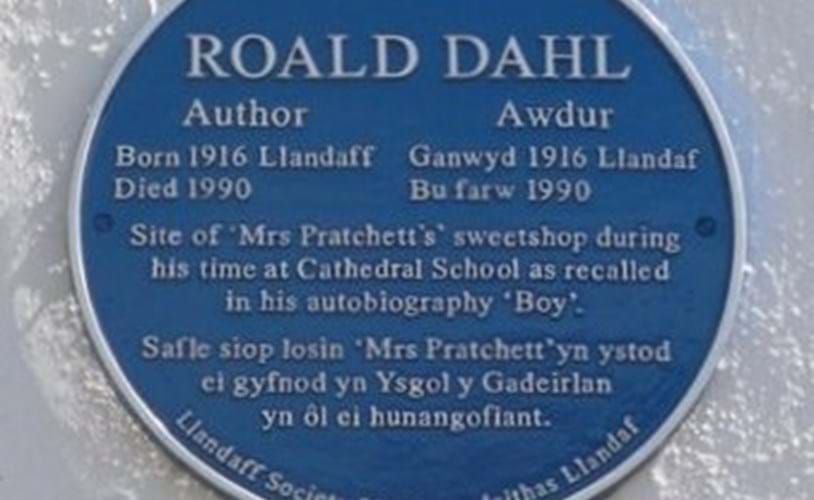 Roald Dahl was born in Cardiff in 1916. His father, Harald Dahl, was originally from Oslo, Norway, but had come to Cardiff to work. Sofie, Roald's mother, was also from Norway and Roald spoke Norwegian and English.

Roald Dahl was baptised in the Norwegian Church in Cardiff docks. The family also went there to worship. The church welcomed Norwegian sailors who transported wood to make props in the coalmines of south Wales. In the 1970s, the church was in poor condition, and Roald Dahl led a campaign to raise money to save it. Roald Dahl's parents are buried in the cemetery of St John the Baptist Church, Radyr, Cardiff. Roald's father died at the age of 57 and his mother was 82 years old.

Roald lived in Radyr and Llandaff. He liked to go and watch Cardiff play football. Roald went to the Cathedral School in Llandaff when he was seven years old. Roald Dahl moved from Llandaff to a boarding school near Weston-super-Mare when he was nine years old. The family lived in Llandaff until Dahl was 11 years old.

In his autobiography, Boy, Roald Dahl mentions him and his friends going to Mrs Pratchett's sweet shop in Llandaff. She was a very nasty lady. After one boy found a dead mouse at school, Roald and his friends decided to play a trick on her. Roald dropped the dead mouse in a jar of sweets without Mrs Pratchett seeing. As she picked up the jar and noticed the mouse, she was so shocked that she dropped the jar on the floor. The jar was smashed to smithereens. Mrs Pratchett was enraged, and made sure that the boys were punished severely!

How are you? I'm great beacuse I'm on holiday on the Gower near Swansea!
The beaches are lovely and the cliffs are as tall as a giant defending the land from the sea.

Did you know the Gower was designated an Area of Outstanding Natural Beauty (AONB) in 1956. Gower was the first AONB in Wales because of its classic limestone coastline and natural habitats. There are now 46 AONBs in England, Wales and Northern Ireland.

I’m staying in a lovely little traditional cottage very close to the cliff. When I wake up in the morning I can see the sea from the small window in the loft. To tell the truth I would demolish the house and build a modern house full of huge glass panels. Mum went mad when I told her that! You can’t build any buildings because of planning legislation that protects Gower's habitats. Once she explained that, I could see the point. The location and nature around us must be preserved and respected.

An Area of Outstanding Natural Beauty (AONB) is a designated area of the countryside protected and conserved due to its distinctive character and natural beauty. AONB have equal status to National Parks. AONB exist for the purpose of conserving and enhancing their natural beauty.

There are 46 Areas of Outstanding Natural Beauty in Wales, England and Northern Ireland, covering 18% of the countryside and 12,000 miles of footpaths and bridleways.

Click on the interactive map to find out more about the areas in Wales.

The key figure in this success was Dr. Haydn Williams, Director of Education for the former county of Flintshire. Dr. Haydn Williams hoped that the atmosphere would be entirely Welsh, that the office work would all be done in Welsh, and that many of the subjects would be taught through the medium of Welsh. Schools were very English at the time, even in the most Welsh-speaking areas.

The school’s 95 pupils and 12 teachers found a home at first in the buildings of Ysgol Emmanuel, Rhyl. But since 1969 the school has been located in St Asaph, Denbighshire, not far from the Cathedral. 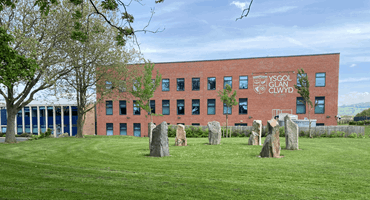 During the 2015-16 academic year, the school will be planning a new uniform to be worn for the first time in September 2017, when the new school building, worth almost £16 million, will be opened. The school will then be able to accommodate 1250 pupils.

The decision to open Ysgol Glan Clwyd was very important, as a number of other secondary schools were opened during the following decade: Ysgol Maes Garmon (1961), Ysgol Gyfun Rhydfelen (1962), Ysgol Morgan Llwyd (1964) and Ysgol Gyfun Ystalyfera (1969).

72,000 tonnes of crude North Sea oil spill into the sea

Twenty-five years ago on 15 February 1996, the oil tanker Sea Empress was on its way from the North Sea to the Texaco oil refinery near Pembroke. At around 8 o'clock at night, the ship ran aground on rocks on St Anne's Head. Over the following week, the ship spilled 72 000 tonnes of crude oil and 370 tonnes of heavy fuel oil into the sea.

It was one of the worst environmental disasters imaginable and affected one of Wales's most beautiful coasts. The oil reached the coast of the Pembrokeshire National Park and south Carmarthenshire and contaminated 120 miles in all. It cost up to £38 million to clean up and to compensate local businesses such as fishermen. 7 000 birds were cleaned up but most died. 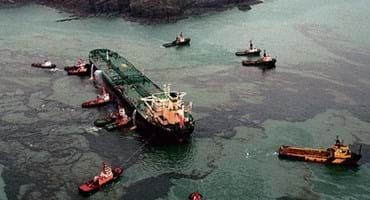 Although the disaster was serious, it could have been much worse. The disaster happened in February, so it was possible to do a lot of cleaning before the tourist season started at the Easter holidays. The council and volunteers made great efforts in places popular with tourists, such as Tenby, Saundersfoot and Pendine.

Thankfully, the oil did not reach any of the important nature reserves such as Skomer Island. On Skomer, 10 000 pairs of puffins and over 300 000 pairs of Manx shearwatrs come to rear their young in May.

Following the disaster, the Sea Empress was repaired. It was decommissioned in 2012 and broken up for recycling at Shitakunda shipyard, Bangladesh.

When the heavens shone from dawn to dusk,

and when all the land was dry,
the streams and rivers ran no more
and the clouds forgot to cry.

The roots wore nothing more than dust,
the soil began to sigh,
the summer came and the summer went
as the clouds forgot to cry.

And underneath the season’s haze
the land began to die,
the sun remembered to come to play
but the clouds forgot to cry.

And Cwm Tryweryn yet again
could ask the question, ‘Why?’
as Capel Celyn was there once more,
when the clouds forgot to cry.

The International Snowdon Race is famous throughout the world. It celebrates its forty-fifth year this year. Unfortunately, due to the Covid19 situation the race has been cancelled until 2022.