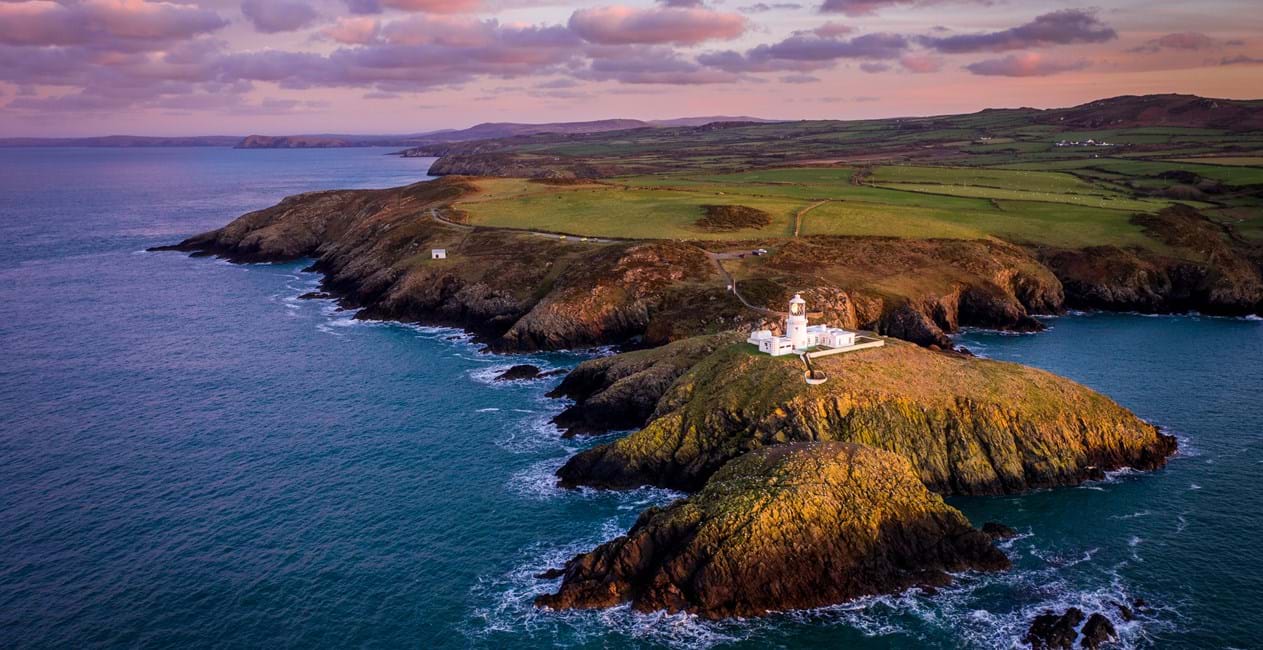 There are many reasons to include Wales as a destination for people to visit. Its rich culture and heritage, national parks, gardens, adventure, walking, food and drink makes it a very desirable destination for visitors from around the world. Wales is a Celtic country located to the west of England. It is about 180 miles long and 60 miles wide and as you travel around the country the scenery is constantly changing from mountains to beautiful coastlines.

With around 20% of the population speaking Welsh as a first language there is a strong sense of identity within the bilingual country.

There is a lot to see and experience in Wales from over 600 castles (4 have UNESCO World Heritage Status), 3 national parks, award winning beaches as well as numerous market towns and cities. The vast countryside and coastline can be experienced and enjoyed along a number of walking or cycling trails. Within Wales there is nearly 33,000km of walking paths including three national trails and the Welsh Coastal Path.

The weather in Wales is mild and variable. The average temperature in the summer month is around 20 °C and around 6 °C in the winter months.

Over the years Wales has hosted major global events including the Ryder Cup in the Celtic Manor in 2010, The NATO Wales Summit in 2014, UEFA Champions League in 2017 to the ICC Cricket World Cup at Sophia Gardens, Cardiff 2019.

What an amazing place to live! What makes Wales special to you? 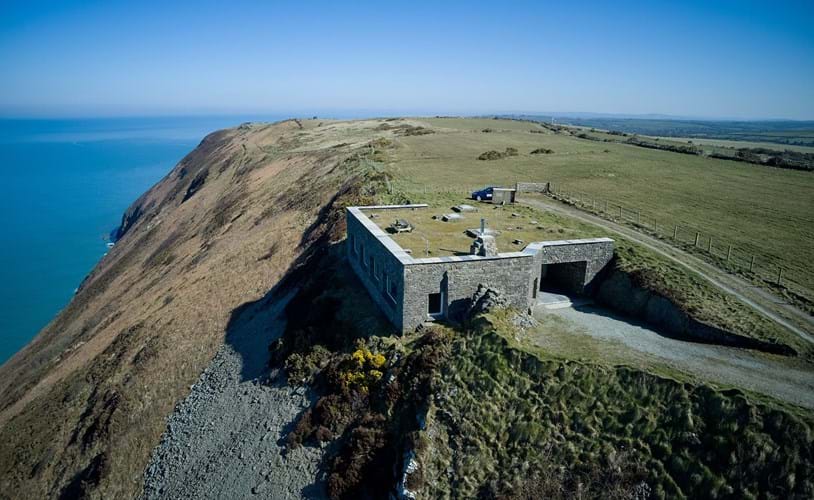 Caerwenfor is an unusual property, built some 300 metres above the sea between Llangrannog and Cwmtydu with fantastic views of the Cardigan Coastline. The property comprises some 52 acres and is located on its own on the coast, Caerwenfor is not overlooked by any other property and is truly unique.

This house is truly amazing and offers a rare opportunity to enjoy an unrivalled location situated within its own 52 acres of SSSI (Site of Special Scientific Interest) land with extensive flora and fauna.

From the large picture windows you can look down on the bay watching dolphins, seals, sea birds as well as red kites and peregrine falcons or lobster boats and pleasure craft. On a clear day you can see Bardsey island on the Llŷn peninsula.

Cwmtydu beach is 1.5 miles by road, shorter if you walk the coastal path, which you can join from the property. You may not want to leave the property at all but if you do, the towns of Aberporth, Llangrannog, New Quay, Aberaeron and Cardigan are all close by.

We accept bookings on a weekly basis from Saturday to Saturday from April to October. We offer short breaks between November and March.

Siân: It’s no surprise when we live in such a beautiful country that people want to buy holiday homes and spend time on holiday to Wales.

Gareth: Yes I agree with the beauty and how stunning Wales is but that doesn’t mean that houses have to cost a fortune here and local young people are unable to buy a house in their communities because the prices are so high!

Ioan: On the other hand you have to think about the local economy and work. Without these tourists, job opportunities would be very rare. In fact, dad is currently repairing an old cottage for a couple from Manchester.

Siân: But what about the Welsh language and the Welshness of our villages. Even the old traditional Welsh names are disappearing under our noses. Look at Tan y Mynydd Farm being called 'Forget Me Not Cottage'.  Talk about irony! These owners have undermined the true meaning of the place let alone the history that is part of it. We must preserve pride in our heritage and maintain our Welsh-speaking communities.

Gareth: I agree that it’s sad to see young people leaving the community where they grew up because there’s no affordable housing for them here!

Well talk about looking forward. Who would think of going on holiday to a castle? One more night to go and I’m looking forward so much to seeing the stunning grade 2 tower in Crickhowell which looks wonderful in the pictures on the website. Caeo the dog is also looking forward to walking the woodland in the National Park and perhaps venturing into the caves. My case is ready!

Incredible! I feel like a prince in his castle. The splendour of the place is an eye-opener. I drove over the stunning stone bridge and was amazed at what I saw. Fantastic! I walked the 38 stone steps to the entrance. Caeo galloped up. There was a buzz in the castle ready for the annual Glanusk Estate fair over the weekend. There is history, splendour and privacy, all in the middle of the Brecon Beacons National Park. Feet up! I relaxed on the leather chair and read a book from the range of books in the library in my room. I gazed through the window and wondered at the fantastic green hills of Wales. Picnic by the river planned for tomorrow before venturing to the fair. Wonderful!

I'm having a great time. Live bands play every day and every night. It is sometimes difficult to choose where to go and which band to listen to. Every band is so good.

I haven't had much sleep. We enjoy the music until the early hours of the morning. We dance in the fields too. It's still warm in the middle of the night!

I haven't washed since Friday. My clothes are muddy. They're smelly, too. They’ll need washing several times after going home. The toilets are terrible!

It's been raining very heavily. There’s mud everywhere. Ugh! My food is dry at the moment, thank goodness!

I’m sleeping in a tent. It’s in a field with over 500 other tents. I have problems finding it sometimes. Loads of tents look the same. 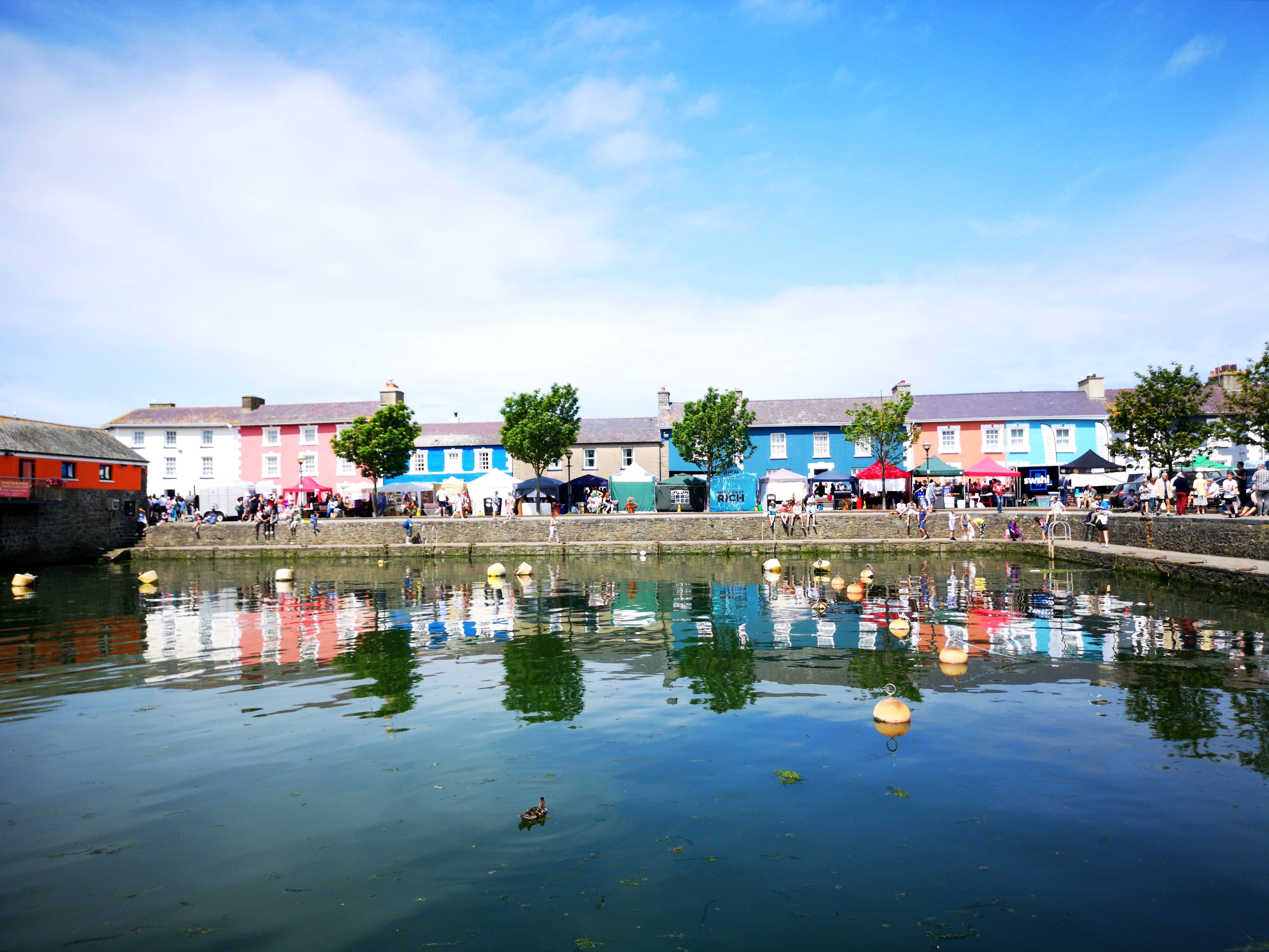 I am writing on behalf of the school’s GullFest committee to thank you for your support for the festival on 23-24 May. Thanks to support from you and other local businesses and organisations, and, thanks to donations from people who were unable to come to the weekend, we raised over £20 000 for the local hospice.

I think everyone thoroughly enjoyed the festival. The band session in the Hall on Friday evening was really exciting and a great opportunity to give a platform to new voices from the area. People obviously had plenty of fun on the Saturday too, with the children doing various activities on the beach in the lovely sunshine and the young people and adults enjoying different sea-based competitions, not to mention the craft and seafood stalls along the harbour.

There will be a piece about the festival on S4C in the near future. I will let you know exactly when when I get the information from the broadcaster.

My classmates and I have thoroughly enjoyed organising the festival and we have had many valuable experiences in doing this. Having the support of local businesses like you was a great help, so thank you once again. 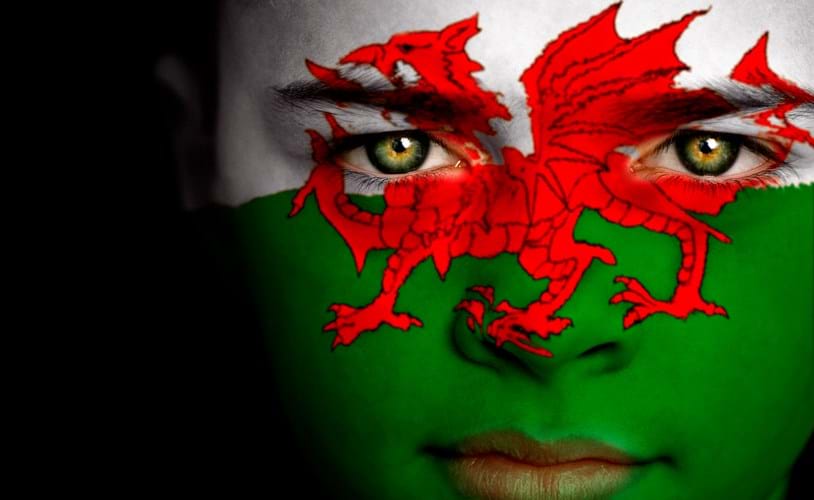 Facts and information about Wales

Location: Wales is on the island of Great Britain, to the west of England.

National Anthem: Land of my Fathers

Language: Welsh and English – Wales is a bilingual country

The Coastal Way: an epic journey along the coast of Wales.

The Coastal Way travels the west coast of Wales around Cardigan Bay, a 180-mile (290km) trip between the sea and mountains.