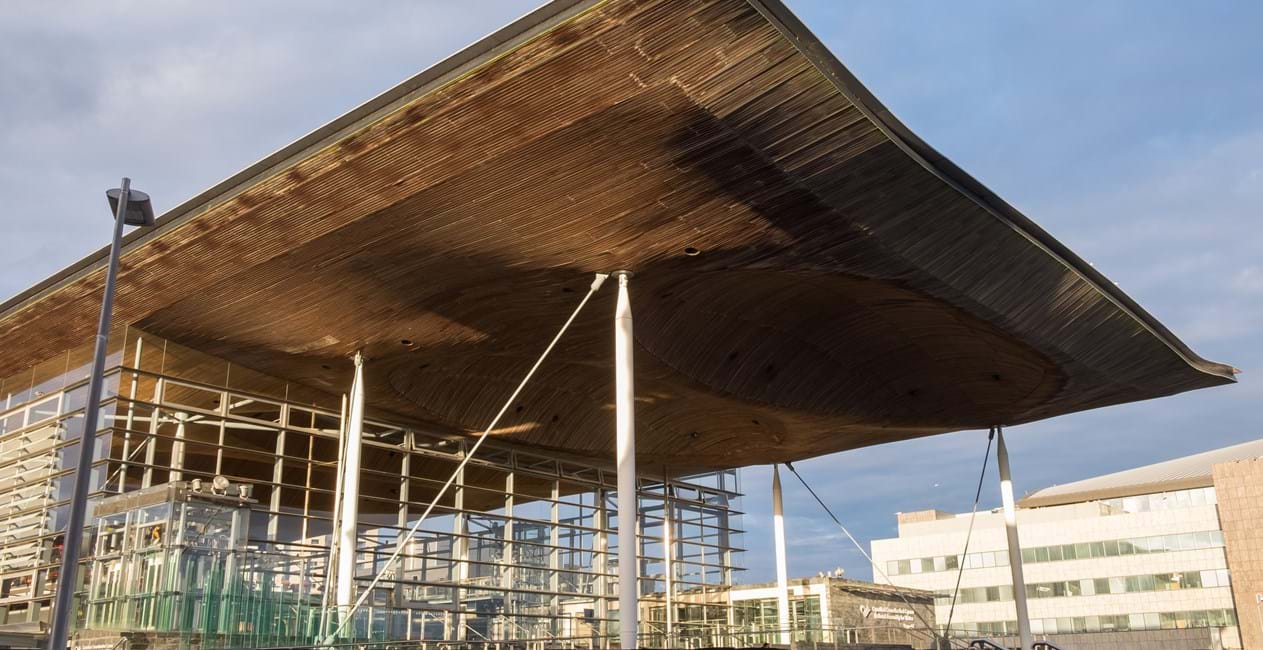 What is the role of the Senedd?

The Senedd has four key roles:

The language of the Parliament

How the Senedd is elected?

The Senedd has 60 elected Members of the Senedd (MS). For a Senedd election, which takes place every five years, each registered voter has two votes. You can vote if you are over 18 years old. The next election will be in 2021.

The first vote is for a local constituency Member. A Member is elected for each of the 40 constituencies in Wales. The candidate with the greatest number of votes wins the seat.

The second vote is to elect a regional Member. Regional Members are elected by a form of Proportional Representation and voters vote for a political party. There are 20 Members that represents the 5 regions.

Who is your Senedd member of Parliament? Follow link to find out!

What does a Member do?

They carry out the Senedd’s democratic work, represent the interests of Wales and its people, make and pass laws, agree on Welsh taxes and hold the Welsh Government to account.

The Welsh Government is made up of up to 12 Ministers plus the First Minister currently Mark Drakeford (Labour). The Government is usually formed from the largest political party, but sometimes is made up from a mix of parties or independents.

One of the most important roles for a Member is to examine what the Welsh Government does. This involves debating policies, asking detailed questions and holding inquiries into specific issues. 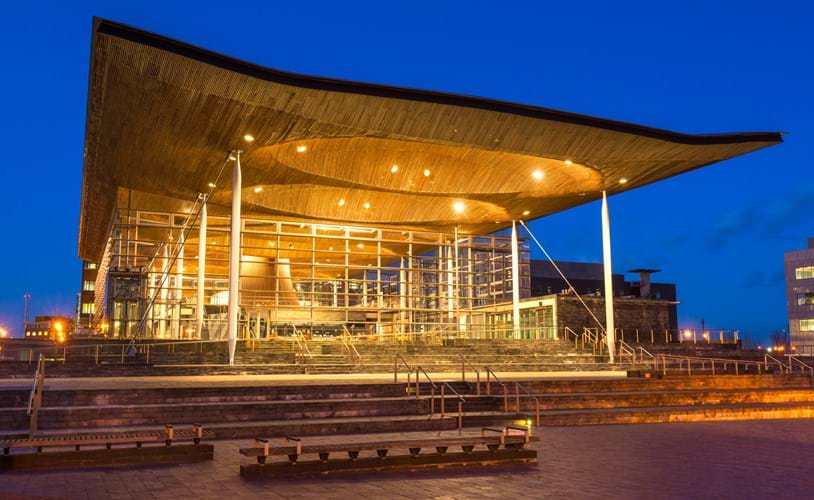 The Senedd – the Welsh Parliament building – celebrated its tenth anniversary in 2016. It was opened by the Queen and the Duke of Edinburgh on 1st March, 2006.

Have you ever been there? It has had many visitors since being established:

The building is very special.

The Senedd building is one of the greenest in Wales:

What happens in the different parts of the Senedd?

If you look down at the building from outside, you see the Neuadd through the glass windows. This is the reception area with a large slate desk.

In the Senedd Chamber, the 60 Members of the Senedd (MSs) meet to discuss important issues. The seats are arranged in a circle, with the First Minister in the front row. Each MS sits behind a desk of Welsh oak.

You can watch Members of the Senedd if you go to the public Gallery. This is in the wooden funnel that looks like a tree. The building also contains committee rooms where Members discuss specific things. 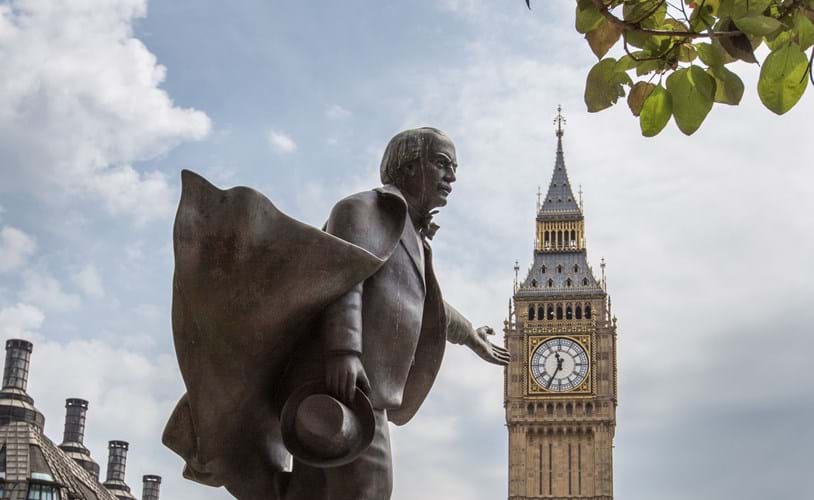 To date, Lloyd George is the only Welsh speaker who has been Prime Minister. He was born in Llanystumdwy, near Cricieth, Dwyfor.

He trained as a lawyer. When he was elected Liberal Member of Parliament for Arfon in 1890, he was the youngest member of the House of Commons. What was his age?

Lloyd George's major contribution was the introduction of the Welfare State. This means that the country provides help to people in need such as the unemployed, the sick and the elderly (pensions). He was also a great speaker, and famous for his passionate speeches.

Aneurin Bevan is famous throughout Britain for establishing the National Health Service (NHS).

He was born in Tredegar. His father was a miner and Aneurin was one of ten children. He left school at a young age and went to work in the colliery at the age of 13.

At the age of 22, he received a scholarship to study economics, history and politics at the Labour Party Central College in London. He was selected to be Labour Party candidate in the Ebbw Vale constituency in 1929. He won the seat and retained it for 31 years.

In 1945, after the Second World War, Aneurin Bevan became Minister for Health in the Labour government. Aneurin Bevan’s National Health Service Act was passed in 1946, and the Service was established in 1948. People no longer had to pay to see the doctor or to stay in hospital: this was funded by public money.

Gwynfor Evans was the first Member of Parliament for Plaid Cymru. He was born in Barry. He trained as a lawyer, but for most of his life worked as a commercial gardener in Llangadog, in the Tywi Valley.

While he was at university in Aberystwyth, Gwynfor Evans established a branch of Plaid Cymru. He was a pacifist and refused to fight in the Second World War. In 1945, he became President of Plaid Cymru and remained president for 36 years.

In the 1950s he began a campaign against the drowning of the village of Cwm Celyn near Bala – a scheme to create the Tryweryn reservoir to provide water for Liverpool. This campaign failed, but a great many people came to understand the need to protect Welsh-speaking communities and the Welsh language. Plaid Cymru became much more popular during the Tryweryn campaign.

In July 1966, very unexpectedly, he won the Carmarthen by-election. This is the first time that Plaid Cymru had won a seat at Westminster. Hundreds of people went to London to see him enter the House of Commons for the first time.

Gwynfor was a central figure in establishing the Welsh language television channel, S4C.

Thank you very much for your message. Politics is a very interesting area and you don't have to be a politician to work in politics.

Having said that, taking an interest in politics is a very important first step.

Some people study politics at university before getting a job in this area, but you don't have to at all. For example, you could study any subject, but do voluntary work with an organisation, a party or the students’ union.

So, here are some specific jobs:

Researcher working with a political party or Member of the Senedd

Well, Lisa, I hope this is of some help to you. The main thing, I think, is to get voluntary work experience first.

Feel free to get in touch if I can be of help again.

Can anyone give their opinion, please? I've been wondering if 16-year-olds should have the right to vote in an election. I think I'd like to vote when I'm 16. I am interested in everything that happens in Wales; things like health and education.

Well… if I get married and join the army when I’m 16, I should be allowed to vote too!

A lot of the things that happen in the Senedd will have an impact on us in the future. We should be able to vote.

You have to be 18 to do a lot of things like buy alcohol, gamble, get a tattoo, use a sunbed... So if we're not allowed to do these things at 16, I don't think we should be allowed to vote either.

I disagree. I’ll be ready to vote when I’m 16. I know what I believe. A lot of adults don't know what they believe but they get to vote!

Thank you for responding. We've had citizenship lessons at school, so I feel like I know a lot about different issues. So I've decided I'm ready to vote 16. I think I’ll open a petition with the Senedd. Did you know that you can do that. You only need 50 signatures before the Petitions Committee considers the request. This is the website! https://deisebau.senedd.cymru/

The Senedd has four key roles:

Remember to vote. Your voice is important

Labour is largest party in Wales with 29 seats, while Plaid Cymru leader Leanne Wood achieves a shock win in Rhondda and UKIP wins its first seats in the Assembly.

45.3% of the population in Wales turned out to vote in the election.

Carwyn Jones is set to be re-elected first minister after Labour. The parties agreed to back a minority Labour Welsh Government. Carwyn Jones will need to work with other members of the Assembly across the parties to ensure that the work of government continues to help the people of Wales.

The First Minister will set out tomorrow the next Government's plans for the first 100 days. The Voice of Wales believes these will include support to the NHS, Education, Social Care, Welsh language and new apprentices for Wales.

First Minister Carwyn Jones said “I make a commitment to the people of Wales to form a Government that is open, confident and willing to work with others for the good of the country.” 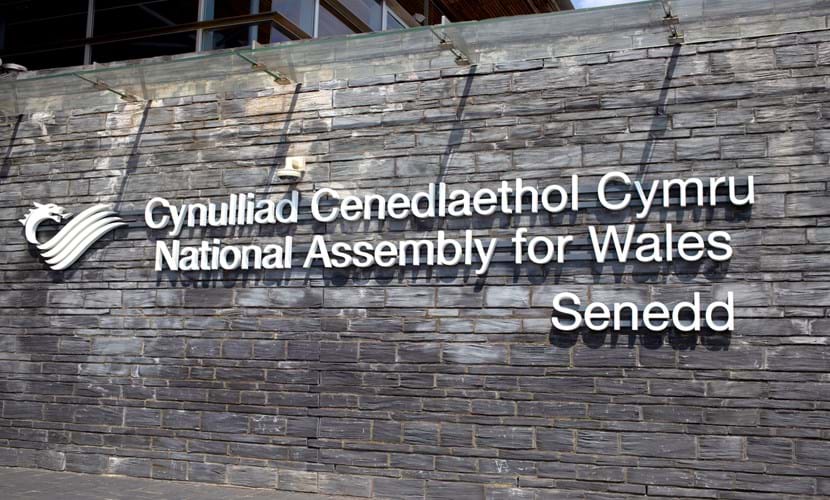 The Senedd (formerly known as the National Assembly) is the home of the elected body which holds the Welsh government to account. 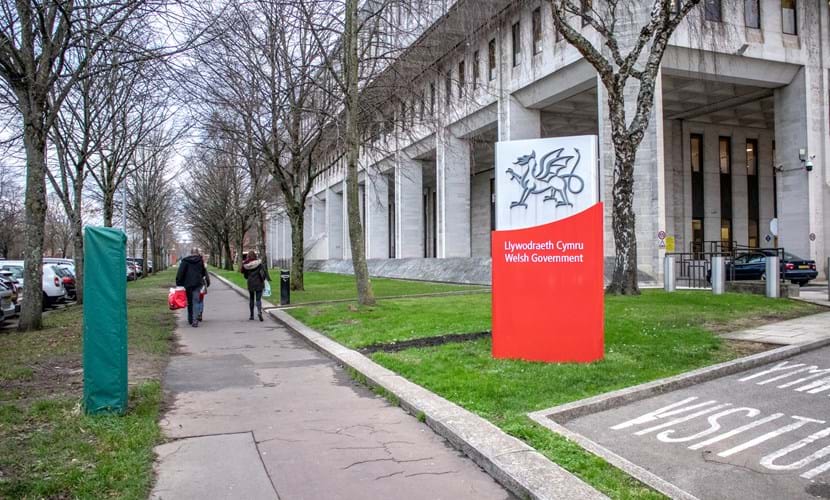 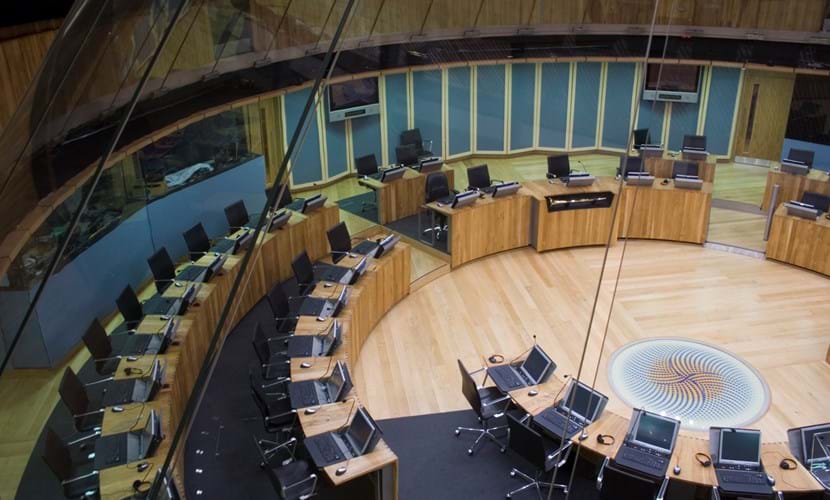 Link the member of Senedd to their political party.

If unsure you can research each individual on the official www.senedd.wales website.

The Senedd is the democratically elected body that represents the interests of Wales and its people, makes laws for Wales, agrees Welsh taxes and holds the Welsh Government to account.

Take a look at the clip. This is an example of how the Senedd holds the Mark Drakeford the First Minister to account in the Siambr. The Siambr is the main room that members use frequently for debates. It is possible to visit the Siambr for free to observe proceedings looking down at the members debating and questioning ministers from its funnel shaped design.