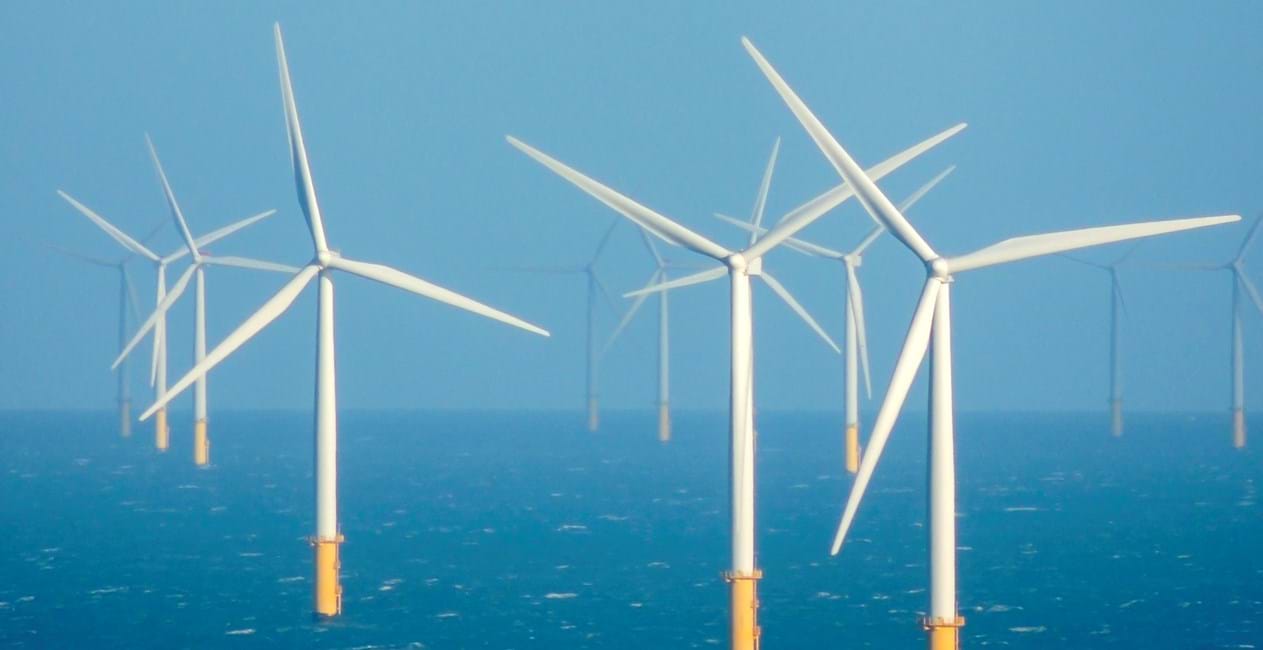 Glaciers are melting, sea levels are rising, and ancient forests are dying, with wildlife scrambling to keep up. Recent research shows that most global warming has been caused by humans during the last century. The greenhouse gases created are at higher levels now than at any time in the last 800,000 years.

A renewable resource does not diminish when used by humans and that is why wind, water, the sun and plants are ideal materials to produce renewable energy.

Here in Wales some of the main sources of renewable energy are hydro, solar and wind energy. There are also plans to capitalise on the strength of the tides in Welsh seas to generate electricity.

What might the increase be over the next few years and what other areas will contribute to the creation of renewable energy in Wales? 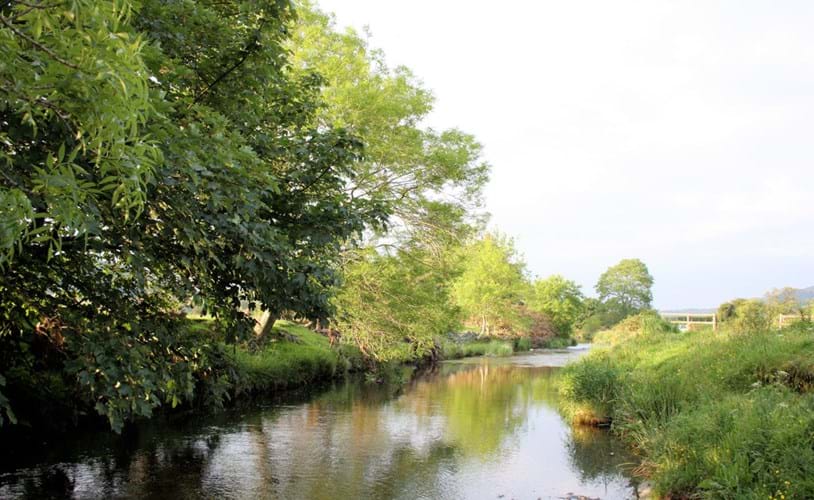 How and when did the electricity generation agreement start for the streets of Llanuwchllyn?

Llanuwchllyn Parish council asked Richard Edwards (my grandfather) to provide electric lighting using a water wheel. This started to turn on new year’s day 1910. A dedicated powerhouse was built in 1920 and powered the village until 1963.

Who excavated and diverted water form the River Twrch into the special channel?

The contract was awarded to Evan Morgan, of Tu Hwnt i’r Afon. Robert Williams of Afonfechan and Joseph Thomas of Minafon helped him excavate a ditch for over three quarters of a mile through the rock in the field. The work took twelve months to complete.

The hard winter of February 1963? Did anything similar ever create the need for a lot of care and protection for the turbine?

The ice was very hard that winter and three men had to break the ice all day for two months. Nothing was as hard after that, but it was often necessary to go there for maintenance, and to clear leaves from the water in Autumn.

Would you start up a similar system or move to solar or wind energy?

We decided to upgrade the system in 2019 to use more water and generate more electricity.

Why do you think hydro power is good?

It’s natural power that doesn’t pollute with all the water going back into the river. 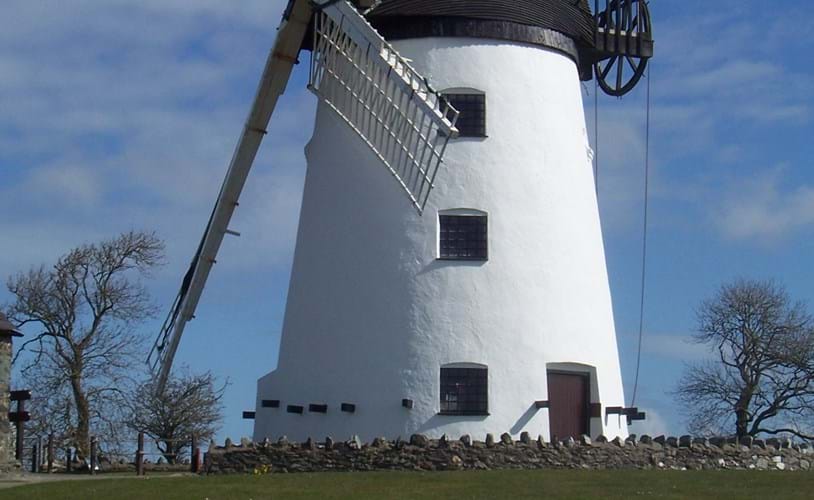 Llynnon Mill stands near the village of Llanddeusant, Anglesey. There were once over 30 windmills on Anglesey but Llynnon Mill is now the only active windmill left in Wales.

The mill was built over a seven-month period between 1775 and 1776 at a cost of £529 and 11 shillings on land owned by the surgeon, Herbert Jones. Thomas David was the first miller but he was sacked after six years for not carrying out maintenance. Thomas Jones was the second miller and worked Llynnon Mill for 64 years until his death at the age of 90 in 1846. The mill remaind in Thomas Jones’ family until a major storm shattered the cap in 1918.

The mill's machinery is housed inside a 9.3m high stone tower. The tower is wider towards the bottom with the ground floor 6m in diameter while the cap at the top of the tower is 5.2m in diameter. An iron shaft runs through the mill with an iron cross connecting the shaft to the 21m long sails. The cap can be turned with a long chain to enable the sails to face the wind.

The mill has four floors. The top floor beneath the cap is the dust floor which protects the mill from rain. The second floor is the corn bin floor where the corn is kept before grinding. The stone floor is the first floor and is where the millstone is kept. The ground floor is the where the flour arrives after being ground by the stones.

Today celebrity chef Richard Holt cooks sweet foods and has opened a tea room and café in the mill. He also creates and produces chocolate at the mill.

I am writing to you as I am very concerned about the numbers of windfarms being built across Wales. While I fully support the view that we must be less reliant on fossil fuels because of the impact on global warming, I believe that the impact of large windfarms on the beauty of a country such as Wales and on the lives of the people of the areas earmarked for these farms must be taken into account.

Many windfarms are being built in very remote places, lanes will need to be closed for the huge lorries to transport the turbines during the construction phase. This worries me because diverting traffic would mean journeys of miles for local people to go to work and for the emergency services to reach those in difficulty

I also fear that the large turbines make a terrible noise which will impair the health of the residents in the surrounding area. The mills are already having an impact on wildlife in their natural habitats as bats and birds are killed by these large blades turning in the air.

I look forward to hearing your views on this shortly.

What is Alternative Energy?

Alternative energy is a source of energy that does not come from fossil fuels such as coal, oil and gas. These alternative sources are friendly to the environment as they cause little or no pollution.

Awel y Môr Offshore Wind Farm is a project being developed by RWE Renewables (RWE) to the west of the existing Gwynt y Môr Offshore Wind Farm. It is located approximately 10.5km off the Welsh coast in the Irish Sea, with a maximum total area of 88km2. RWE is the largest renewable energy operator in Wales and they generate one third of all of Wales’ renewable electricity.

What is Alternative Energy?

Alternative energy is a source of energy that does not come from fossil fuels such as coal, oil and gas. These alternative sources are friendly to the environment as they cause little or no pollution.

Electricity from the sea tide on the Isle of Anglesey

The Anglesey Marine Energy Morlais Scheme is a project that plans to use the strong sea tide near Holy Island to generate clean electricity for the future. The enterprise has the potential to generate up to 240Megawatt of electricity that will in due course be transferred via underground cables from the station on the shore of the island to the national grid network.

While renewable energy is one solution to tackling the problem of climate change, some conservation organisations are concerned that this can also have a negative impact on wildlife and biodiversity. According to the morlaisenergy.com website if they are given permission, the technical developers will gradually install devices in the sea to ensure this does not happen. Some believe that the turbines would damage marine life  as they are installed underwater. 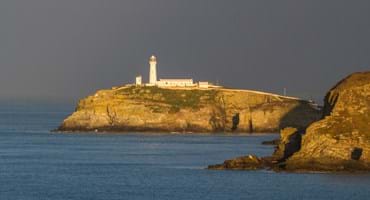 The site on the coast of Holy Island is also important to Welsh seabirds and the RSPB fears that seabirds could be harmed by the turbines as they dive into the water to catch their food.

Local people are also concerned that the initiative will spoil the beauty of the area.

Today I have come to Llantwit Major which is one of the most southerly points for us here in Wales to see how to make the best use of the location in order to produce green energy and sell the energy back to the national grid.

Rhodri Davies, originally from Lampeter in Ceredigion, is a farmer who has moved area and turned to green energy through diversification.

Back in '94 we bought this farm of over 300 acres. I moved from Lampeter with my wife and young son and farming is what we've been doing ever since, farming this land and renting several other farms and then as things have changed we chose to look at solar and also biomass. In 2015 we were given planning permission to build a 5 Megawatt solar farm.

A 5 Megawatt solar farm is enough to power 2000 houses for a year. Unlike other methods such as hydro power or heat exchange where the source is constant, solar energy output varies daily, weekly and monthly e.g. today it won’t produce as much energy as what it does on a nice day.

It is very much affected by weather. A clear day is best where they don't get too warm and a wet day like today is not so good. Time of year also matters in terms of the number of hours of daylight. May, June and July are the best months of the year. We are down 50% if not more in the other months of the year.

The potential for generating energy by solar changes a bit depending on the location: the further south the greater the potential.

The location of this site is quite special because we are so close to the sea. The sea creates more rays and you see the light reflecting from the sea.

But not only is this a huge scale solar farm but solar energy is also used to provide electricity for the farmhouse and cottages on the farm.

In addition to the 5 Megawatt unit in the field we saw earlier we have one on the roof of a shed that is 50KW that generates electricity for ourselves and what we don't use ourselves we export back to the national grid. We use the vast majority of the electricity for the house and cottages etc.

So obviously this scheme has worked for Rhodri and for thousands of people who have solar panels on the roofs of their houses. Who knows, we may see more of these panels across Wales in future.

Hydro Ogwen is a cooperative venture that was developed originally by Partneriaeth Ogwen (Ogwen Partnership) and then developed further by Ynni Ogwen Cyf (Ogwen Energy Ltd). Hydro Ogwen aims to capture the power from the flow of the Ogwen river to produce electrical energy from Hydro technology. The profit gained from the venture will fund other environmental and community projects in the Ogwen Valley.