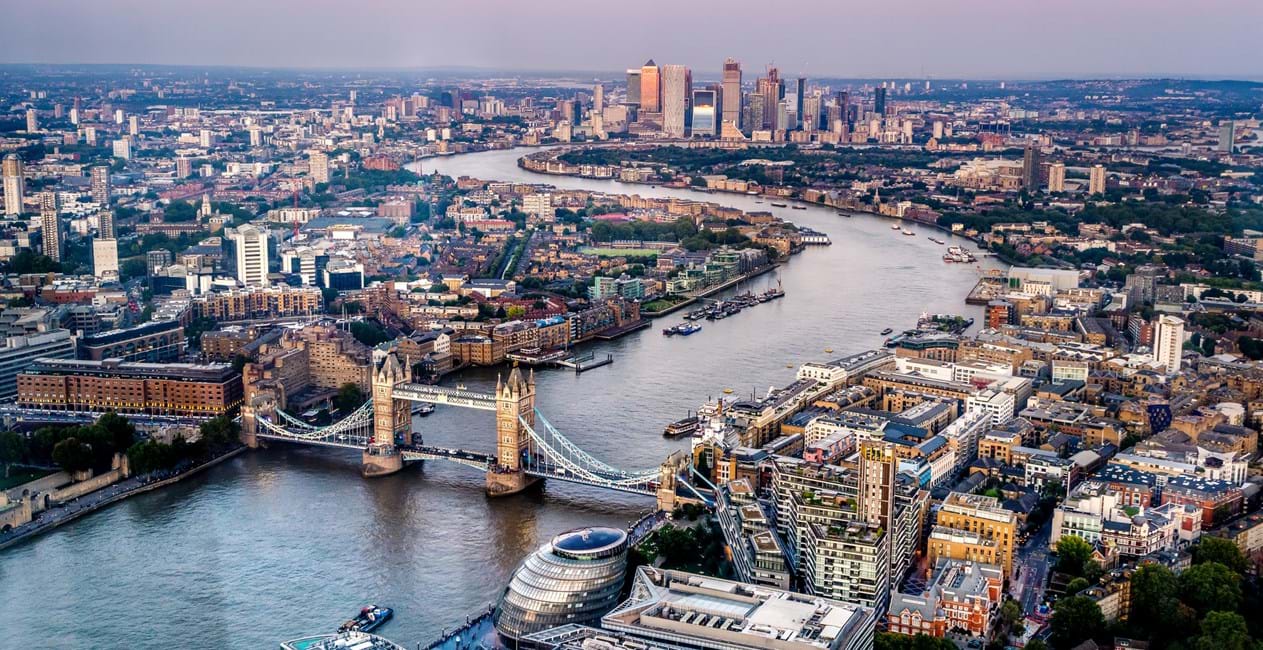 Relationship between London and Wales

Did you know that London has over twice the population of Wales? This is a huge difference considering that Wales is over twelve times the size of London in km2!!

Wales is a country and has 22 counties.

Here's how far London is from Welsh cities:

There are many links between Wales and London, from famous people to buildings, from singing to schools, from milk to Quidditch. In 2017 a Christmas tree from Gower stood outside 10 Downing Street. The National Eisteddfod of Wales has even visited London twice! This is an opportunity to learn more about the English capital, to consider its Welsh links and to compare the hugely populated city with our small country. 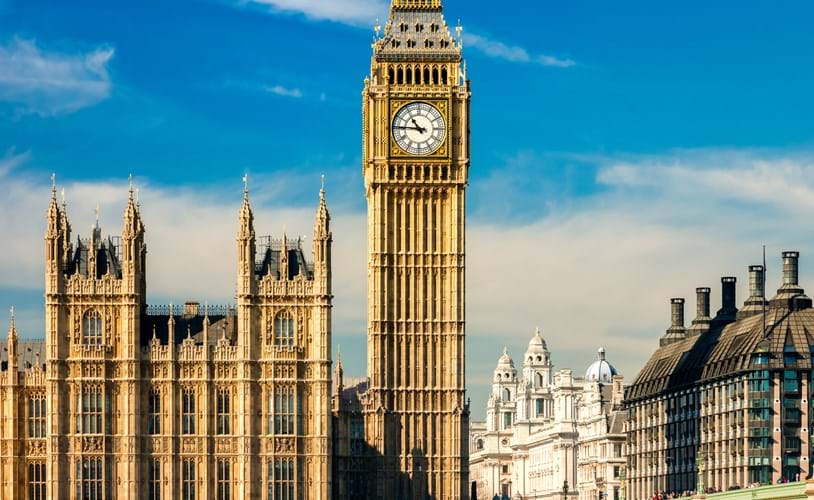 Big Ben is the name given to the bell that rings for the clock on the north side of the Palace of Westminster in London. The correct name for the clock tower is now the Elizabeth Tower but more often than not the name used is Big Ben. No one really knows the exact reason for calling it Big Ben but a few theories are still discussed today.

One theory is that it was named after the heavyweight boxing champion who used to compete in the same period as the clock tower was built. The boxer's name was Benjamin Caunt. He was a big strong man and his nickname at the time was Big Ben. 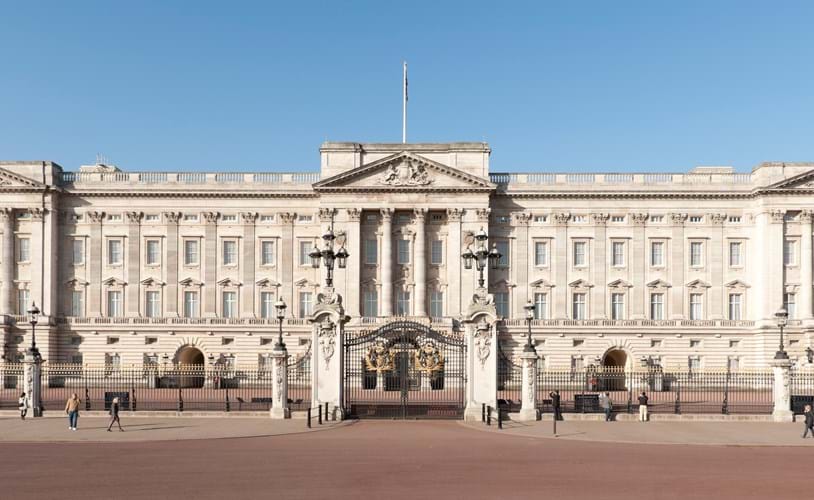 John Nash was born in 1752. Although he was born in London, his parents were from Wales. He was one of the most prominent architects of his time. He had quite a turbulent start in London so decided to move from the big city to a town in Wales.

He moved to Carmarthen for a time and while he lived there, he worked on important buildings in the area including:

He had more success with his work in London after moving back there in 1797.

He died in 1835 aged 83. John Nash's work is still visible across Britain and you can visit a statue of John Nash at All Souls Langham Place next time you go to London. 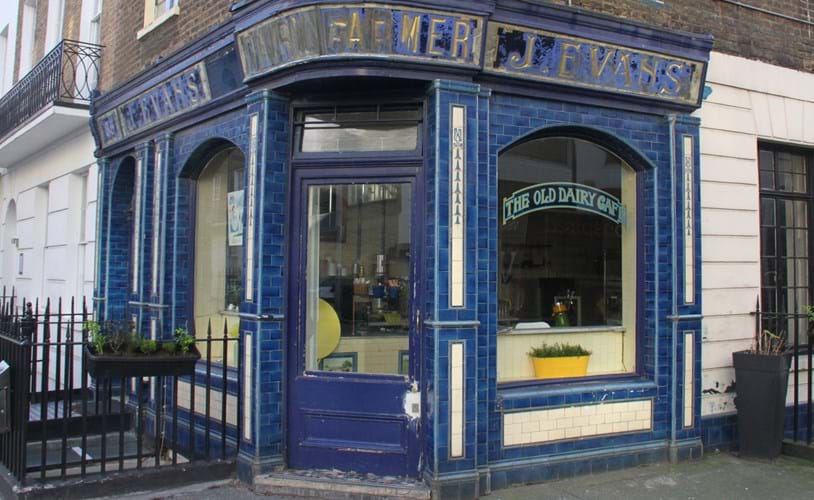 This is an excerpt from an old article published on 10th May 2006 on the BBC website talking about the huge dairy industry that developed in London – thanks to Welsh farmers:

At one time, there were 700 dairies in London and the Welsh connection with the city's dairy industry goes back several centuries. At the turn of the 19th century, thousands of dairy cows were kept in relatively rural areas on the outskirts of central London, such as Islington, where there was important pasture for Welsh drovers and farmers on their way to sell fresh beef and milk at Smithfield Market.

London's Welsh community played a prominent role in the meat industry and milk production and distribution. A number of Welsh women travelled to the area to milk the cows in huts and the milk would be transported to the city twice a day.

According to one report from the period, the milk was transported from the cowsheds in large tin pitchers by "strong Welsh girls" before being sold on the streets of the city. They used to carry a weight of between 100 and 130 pounds on their backs for two or three miles a day and by midday they would return to the shed for more milk. Their pay for this exhausting work was breakfast and nine shillings a week.

As recently as 50 years ago there were more than 500 Welsh dairies in London. But for many families who owned businesses, selling up to large dairy companies and a return to Wales was the order of the day.

The Welsh Contribution in London

London has been a destination for many generations of Welsh people. In a series on S4C, the broadcaster Huw Edwards will share the story of some of the colourful and influential characters amongst the London Welsh who have contributed extensively to the history and development of one of the world's largest cities.

London's main virtue is its diversity. Experiencing the city's multilingual and multicultural life is a treasure trove. But the truth is that the story of the London Welsh, one of the city's oldest ethnic minorities, is surprisingly unfamiliar.

A number of our brightest historians mark 1485, and the arrival of Henry Tudur, as the starting point of the Welsh community in London. But there is plenty of evidence of a Welsh presence in London long before Henry VII was crowned. We begin the series at the Tower of London on St David's Day 1244, when prince Gruffydd ap Llywelyn Fawr fell to his death while trying to escape.

There's a narrow street by the Tower, Petty Wales, and historians reckon that this is a reference to an ancient connection with the Welsh princes. 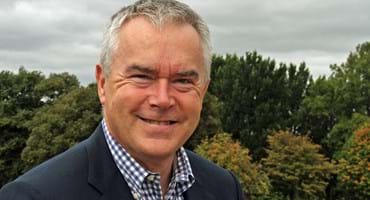 Nearby is All Hallows by the Tower, the oldest church in the City of London, where a number of Welsh people worshipped over the centuries, including Owain Myfyr, a rich trader and one of the most generous supporters ever seen in the history of Welsh culture.

There are plenty more heroes in the story of the London Welsh. Among them are Sir Hugh Myddelton, the engineer who established a fresh water supply for the residents of central London; Sir Hugh Owen, co-founder of the University College of Wales, Aberystwyth; Sir Benjamin Hall ('Big Ben') and his remarkable wife Lady Llanover, another generous sponsor of our culture; David Lloyd George, a radical politician and distinguished Prime Minister, and his wife Margaret, a heroine who was the backbone of so many good causes.

Yes, we have a London Welsh Club, but we had to wait until the 1930s before having that. And so chapel (and church) provided a special network for the large Welsh community in London.
One of the most magnificent things about London life is that the city changes without fail, year on year. And the task in this series is to place London Welsh in that particular context, a community that has to cope with constant change. 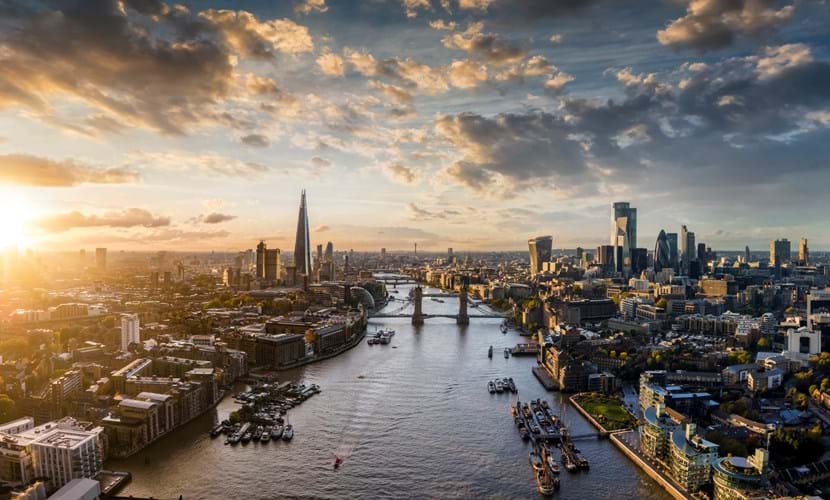 Giants of Wales in London

If you are interested in Welsh history, you will have heard of at least two of these three names before.

Before explaining exactly who they are, one thing you should know is that they all have a connection with London. 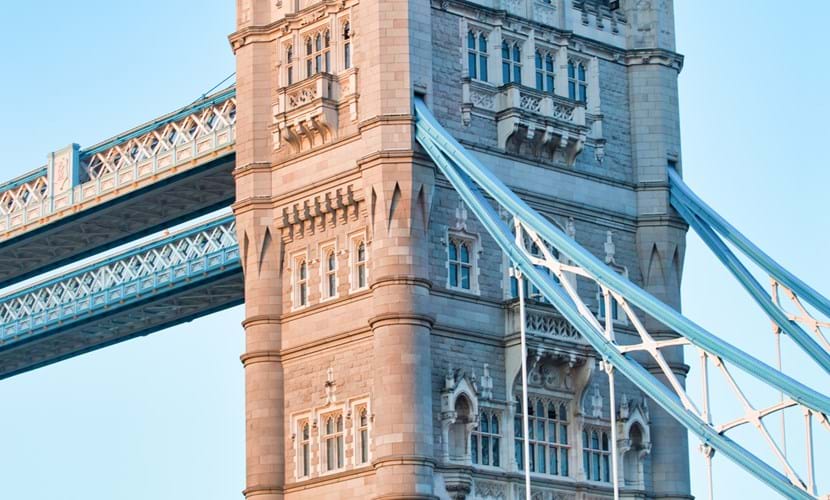 The story of Bendigeidfran comes from our oldest legends, the Mabinogi. Bendigeidfran was a giant and king of the British Isles. His sister, Branwen, was married to the king of Ireland, Matholwch. To cut a very long story short, things went bad between the two countries. This is a story of retaliation, punishment and killing. Eventually, Bendigeidfran and his army had to go to Ireland to save Branwen and fight against the Irish. Unfortunately, Bendigeidfran was killed. He was too big to carry home, so his head was cut off to... and this is where London comes into the story!

The huge head of Bendigeidfran was reportedly taken to London to a place called Gwynfryn – the White Hill. Today, people believe that this is the location of the Tower of London. His head was buried there, facing France, as a warning to enemies not to risk attacking the British Isles.

If you want to find out more about the complete legend, search for the tale of Branwen Daughter of Llŷr. 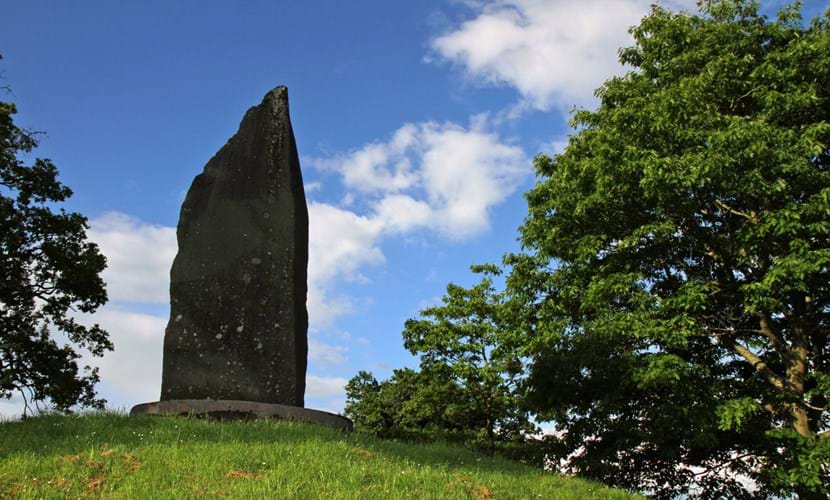 Llywelyn was recognised as prince of all Wales in 1258, but in 1272 Edward I became king of England. He wanted to conquer Wales and so began his campaign to remove any power held by anyone in Wales, and his main target was Llywelyn.

In 1282, at Cilmeri near Builth Wells, Llywelyn was killed. If you go there today, you will see a huge stone laid to mark the place where the last prince of Wales was killed. But if you walk down the path from the stone towards the river, you will find a special spring.

After Llywelyn was killed by the English, his head was reportedly cut off and washed in the spring before being sent to the king as proof of the death of the Prince of Wales. The head was taken to London, but not in order to bury it with respect like the head of Bendigeidfran, but to parade it around the streets and display it to the people. Llywelyn's head was placed on an iron spike near the Tower of London and left there for years to remind people that England had conquered Wales. 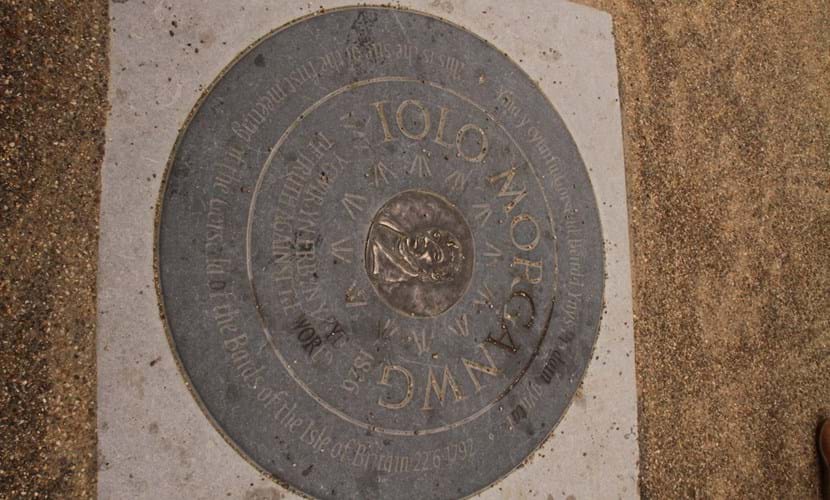 Thankfully, this is not another story about someone losing their head, but the history of setting up something very special for us in Wales today. Iolo Morganwg lived between 1747 and 1826. He was a colourful character and interested in history, manuscripts and literature. He collected old manuscripts and liked to re-create old customs. After his death, it was discovered that he had fabricated many scripts and texts. So, although he has been a very influential character in our history, neither he nor his work are very reliable.

However, his immense influence is still evident today. On Primrose Hill in London in 1792, Iolo Morganwg established the Gorsedd of Bards – the people who wear long white, blue and green robes at the National Eisteddfod. He established the Gorsedd and created ceremonies and traditions, claiming that they belonged to old Celtic customs. Whatever the truth, this tradition and this institution are still going strong, and a unique and important part of Welsh culture. If you go to Primrose Hill in London you will see a memorial to the event there.

London plays a prominent part in the Harry Potter stories. One of the first things he has to do to get to Hogwarts is catch a train from platform nine and three-quarters at King's Cross station in London. It would be nice to be able to go there, but only witches and wizards can get to the platform, unfortunately. Having said that, only witches and wizards play Quidditch in the books too. But that's not true in real life!!! Watch this:

During lockdown, Steffan Rhys Hughes started a YouTube channel called Welsh of the West End. On this channel he invited West End performers from Wales to sing a variety of songs in Welsh and English to showcase Welsh talent in London.

The project went from strength to strength with some of the videos watched over a million times.

The History of Ysgol Gymraeg Llundain

Ysgol Gymraeg Llundain (the London Welsh School) was established in 1958 by a group of fathers who sent their children for Welsh lessons every Saturday. After much discussion the school was opened and welcomed 30 children through its doors. This was the first Welsh-medium school opened outside Wales. It remained the only one outside Wales until Ysgol yr Hendre was opened in Trelew, Patagonia, in 2006.

The school does important work to raise awareness of the Welsh language in the community and holds a Parent and Toddler group weekly on the site.

The school moved to a new site at Hanwell Community Centre in 2015.

A book about the school's history was published in 2019. The book 'A Fynn a Fedr' is full of stories, memories and pictures from the beginning of the school to the publication of the book.