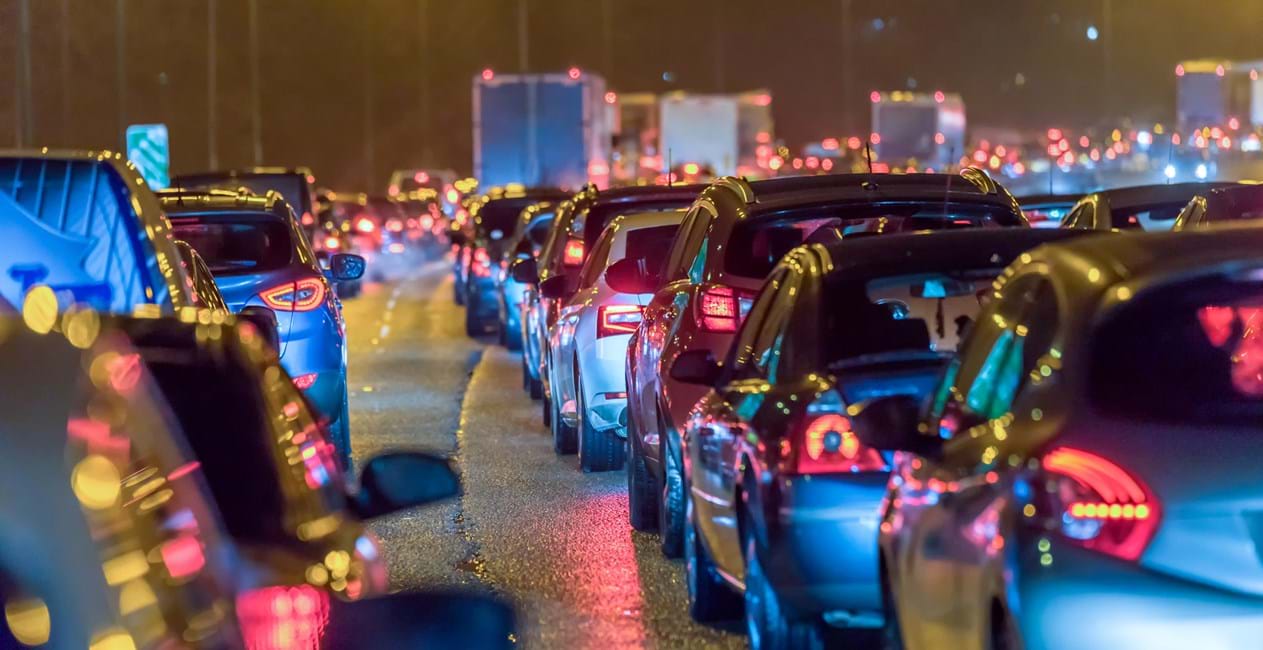 Parent & Teacher Guidance
On the road…

What are the road lengths in Wales, England and Scotland?

How many vehicles are there in Great Britain?

At the end of June 2020, there were 38.4 million licensed vehicles in Great Britain, a decrease of 0.9 percent compared to the end of June 2019. The decline was due to the UK lockdown in March 2020. Vehicle dealerships and showrooms were required to close therefore less vehicles were sold.

What is the most common car in Great Britain?

At the end of 2019, the most common licensed car was the Ford Fiesta, with 1.5 million cars, followed by the Ford Focus with 1.2 million and the Vauxhall Corsa with 1.1 million.

How often is a car in use or parked?

The average car spends about 80% of the time parked at home, is parked elsewhere for about 16% of the time and is thus only actually in use (moving) for the remaining 4% of the time.

What was the favourite new car colour in 2019?

Grey was the UK’s favourite new car colour in 2019.

How old is the average car?

In the average car's lifetime, how many owners will it have?

In the average car’s lifetime, it will have 4 owners.

Glossary
Percent
A number as a fraction of 100.
1 Million
1,000,000.
Vehicle
A machine used for transporting people or goods.
Large Goods Vehicle
Vehicles that carry less than 3,500 kg e.g. van or pick-up truck.
Heavy Goods Vehicle
Vehicles that carry more than 3,500 kg e.g. lorry.
License
Official permission or permit to do, use, or own something.
1
Interactive
Close
Interactive
2
Image & text
Close
Image & text 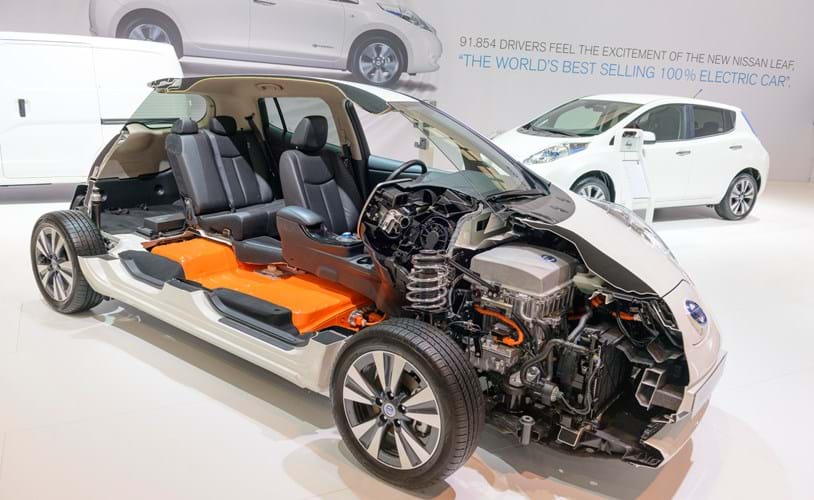 By the middle of this century, it seems that oil will run out. Experts estimate there are about 50 years' worth of crude oil left in the ground. So we have to start thinking about new energy technology for driving. So, are electric cars the answer?

There are currently 38 million cars registered in Britain. Around 164,000 of them are all electric and 474,000 of them use power from both oil and electricity.

Why aren’t there more? What are the disadvantages?

You have to pay a lot of money for electric cars. Although the government offers a grant to everyone who buys an electric car, a car like a Nissan Leaf still costs £29,000. There aren't many second-hand electric cars on the market yet either, so there's no choice but to buy new, more expensive cars.

An electric car usually has to be charged every 100 miles. Therefore, a journey from north to south Wales would be very impractical because you would have to stop several times to charge. The trouble is that some cars take time to charge. As a result, you could argue that it would be easier to go by train or bus.

There are currently only a small number of charging stations available in Wales but the numbers are increasing daily. There are 1,174 stations in Wales with over 35,000 in Britain. Without a number of convenient charging stations, it is impossible to travel long distances without worrying where the next charge might come from!

Electric cars appear green and 'clean' in terms of the environment because they do not emit smoke from the exhaust. But, if the electricity to construct and charge cars comes from 'dirty’ sources, such as coal-fired power stations, the cars aren't green either.

What are the benefits of electric cars? 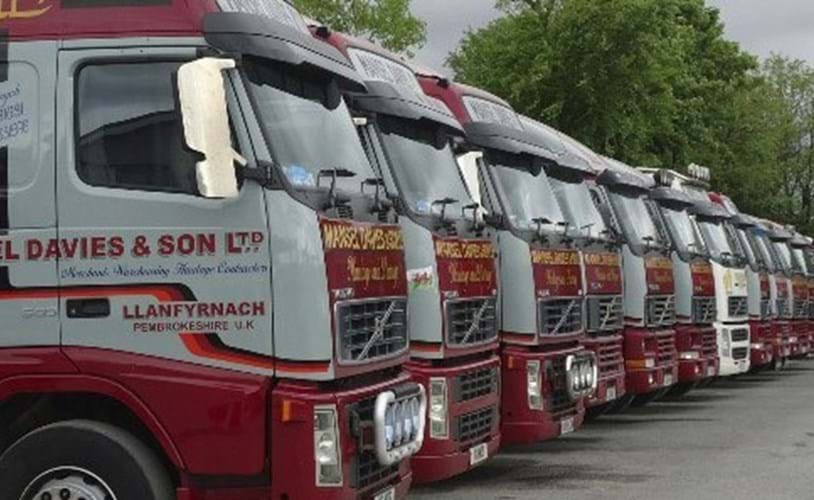 Have you seen a Mansel Davies lorry? You must have. The Pembrokeshire company has over 200 lorries. They travel to all parts of Wales, England, Ireland, Scotland and Europe.

Mansel Davies started the company in 1875, to carry lime, grain and coal around houses and businesses. At the time there were no lorries, so the work was done by horse and cart.

The company grew and used lorries instead of horse and cart. By 1962, Kaye Davies bought the company from his father. Kaye's son, Stephen Davies, now runs the company. Llanfyrnach is still home to the company's head office, but there are also garages in Carmarthen, Letterston, and Temple Bar, near Lampeter.

All lorries are Volvo!

If you see a Mansel Davies lorry, it must be a Volvo. They only have Volvo trucks. They also sell Volvo trucks and lorries.

Around 120 Mansel Davies tankers collect 1.5 million litres of milk every day from over 450 farms in west Wales. The milk is moved by tanker, all over Great Britain.

Other loads include raw materials:

Keeping an eye on the lorries!

Mansel Davies' office follows the lorries through a GPS system. They know exactly:

So, you're sure to see a Mansel Davies milk tanker somewhere! 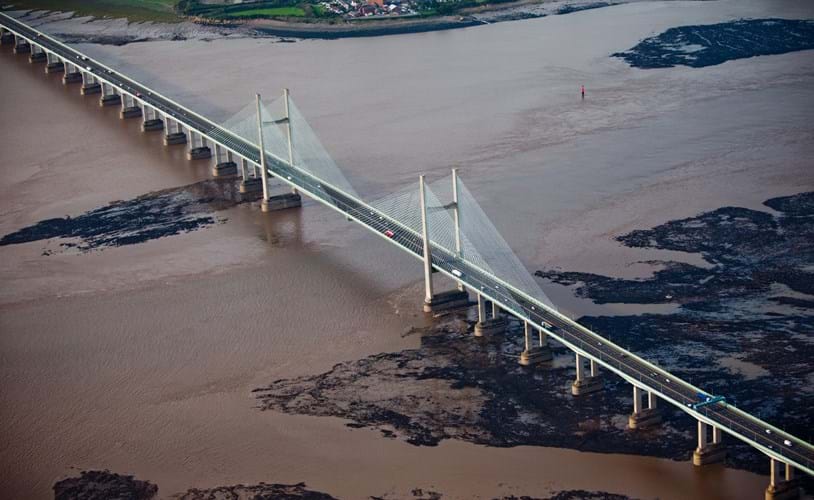 When travelling from south Wales to England on the M4, you will cross the Severn estuary on one of the Severn bridges. But the bridges have only been in service for about fifty years. Before 1966 cars had to take a ferry from Beachley to Aust.

Thomas Telford (who designed the Menai bridge) had suggested having a bridge in 1824, but there were lots of engineering problems. It was 1966 before the bridge was built. It is a suspension bridge, and at the time, it was one of the world's leading engineering projects and won many awards. Here is some brief information about it:

By the late 1980s, there was much more traffic on the M4 and the original bridge was not coping well. It was therefore decided to build a second bridge and work began in 1992. There are special rails on the bridge that reduce the strength of the wind, so vehicles often don't have to travel slowly in the event of high winds. The Severn Bridge (the first bridge) has to be closed due to high winds.

These are the details of the second Severn crossing: 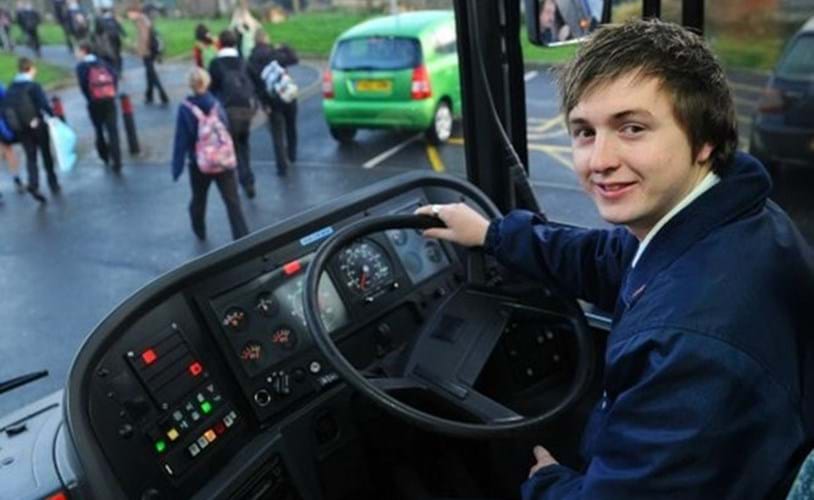 If you travel to school by bus, I wonder how old the driver is? Probably older than Joseff Edwards. Joseff is only 18 years old and is a pupil in the sixth form of Ysgol Dyffryn Taf in Whitland.

Joseff passed his bus driving test at the age of 18, so he is allowed to drive a 54-seater bus. He gets up at the crack of dawn every morning to collect 38 pupils and take them to school. Joseff wears his uniform with a bus driver's jacket on top.

"People are surprised to see someone as young as me driving a bus," said Joseff.

On arrival at school, Joseff leaves the bus in the car park and goes to his lessons. At the end of the day, he drives everyone home again.

"I enjoy driving everyone to school and back home. There's never any trouble on the bus because everyone knows me but sometimes my friends pull my leg. They want me to take them on a trip or on holiday, but they will have to wait."

Joseff's parents have a bus company that drives pupils to Ysgol Dyffryn Taf. They have 21 buses in all. After a few lessons from his father, Joseff passed his PCV – Passenger Carrying Vehicle licence. His father offered Joseff a job and gives him £20 a day for his work.

"Joseff loves it," said his father, "driving must be in his blood."

Eventually, Joseff's parents hope he will come to work in the business, after going to college.

Hello, what do you think of the idea? The government is considering raising the speed limit on the motorway to 80 miles per hour (m.p.h.) but there is a campaign to oppose the idea. What are your views?

Apparently, about 50% of drivers drive over 70 m.p.h. as it is now. With better car safety 80 m.p.h. could make sense if the driver keeps a distance from the next car.

You're right Ayesha. Motorways have improved, so it is possible to drive faster without dangerous driving.

Cars may have improved, and motorways have improved. But have driver skills improved? There will be more accidents, more work for hospitals and more people dying.

Cars will burn more fuel. So there’s an environmental argument against raising the speed limit. Therefore, getting to a meeting five minutes earlier will cost a lot in fuel. But I have an electric car that is much better for the environment. I could do 80 m.p.h with a clear conscience!

Fair enough Tim. I can see that your car is much better for the environment but what is the price of producing it? Has the car sales company produced it using green energy?

A very good question Helen. Very wise. What is the answer I wonder? I'm happy to stick to 70 m.p.h.

On Sunday the 8th of November 2020 the Hyperloop has carried its first human passengers across the Nevada desert in a world first. They travelled 395 metres, hitting a top speed of 48.07 metres a second, or 107.5mph, in a two-seater pod designed to show that passengers can travel safely. When built it will carry 28 passengers.

Hyperloop systems involve transporting passengers in pods through tubes. Instead of running on rails, the pods float in the air within the tube as if they were pucks on an air hockey table!

The piloting of the Dennis Eagle e-Collect model lorry is part of the authority’s work to reduce carbon emissions and protect the environment for future generations.

A lead member for waste, transport and the environment at Denbighshire County Council, said: “The council is serious about tackling the climate and the ecological change emergency.

“As part of that work we are asking residents to recycle as much of their waste as possible and we must also reduce the carbon emissions generated through collecting our waste and keep pace with the new developments in technology.”

Over the next few months the council will evaluate and use evidence from the trial to determine how many electric vehicles it could introduce to its fleet in the next two years, as its existing fleet of lorries is due for replacement. 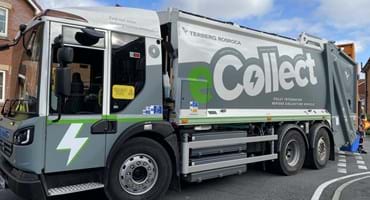 Furthermore the lead member for waste, transport and the environment at Denbighshire County Council , said: “The trial has shown plenty of battery capacity left at the end of shifts and without exhaust fumes and a reduction in noise, the vehicle is safer and more comfortable to operate for staff.”

Currently the council’s new waste depot development in Denbigh, North Wales is due to be completed in 2022. The development has been designed specifically to accommodate electric vehicles, as well as other low emission vehicles of the future. 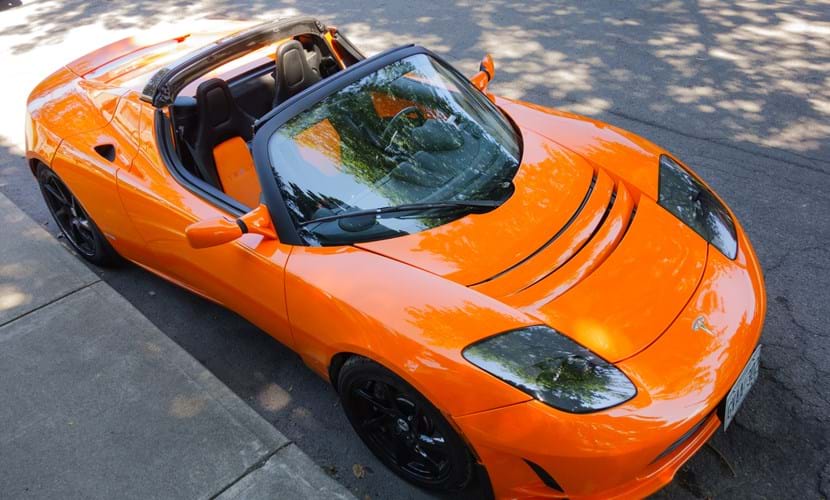 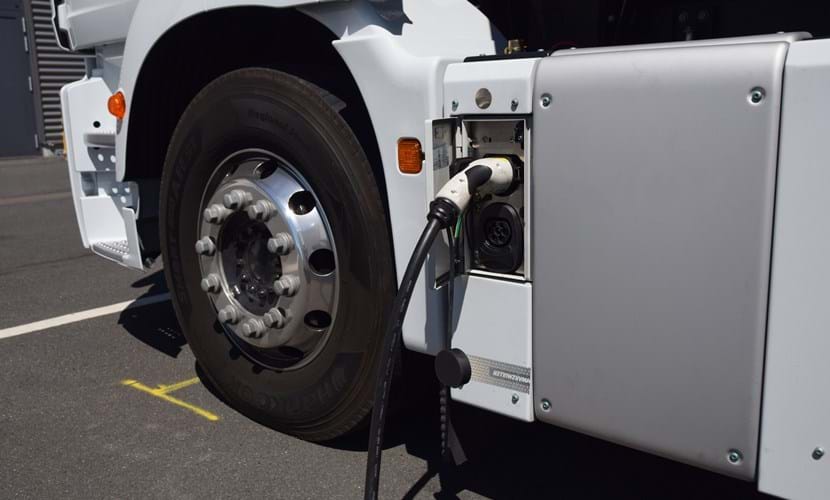 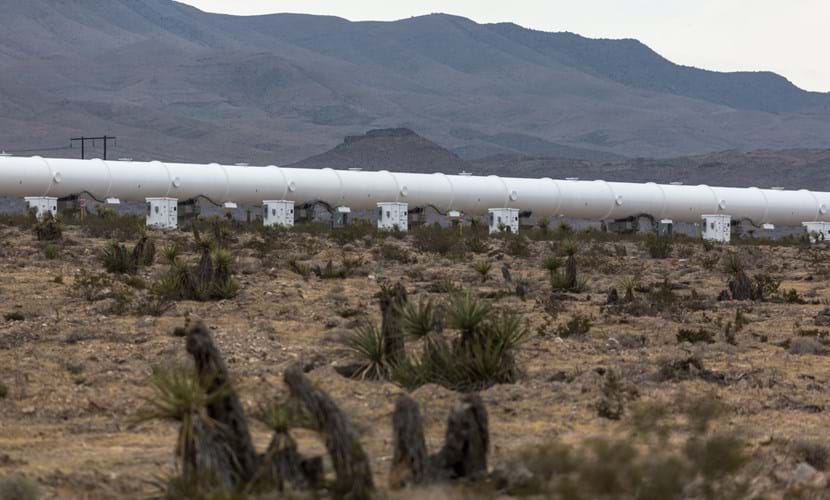 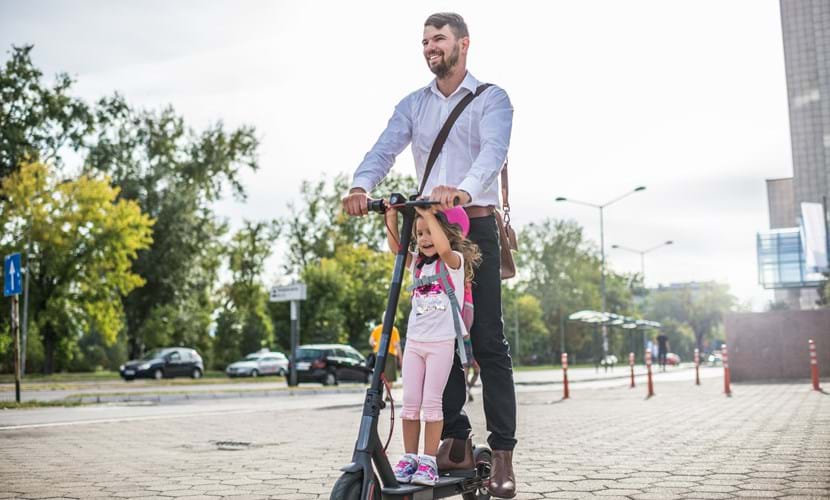