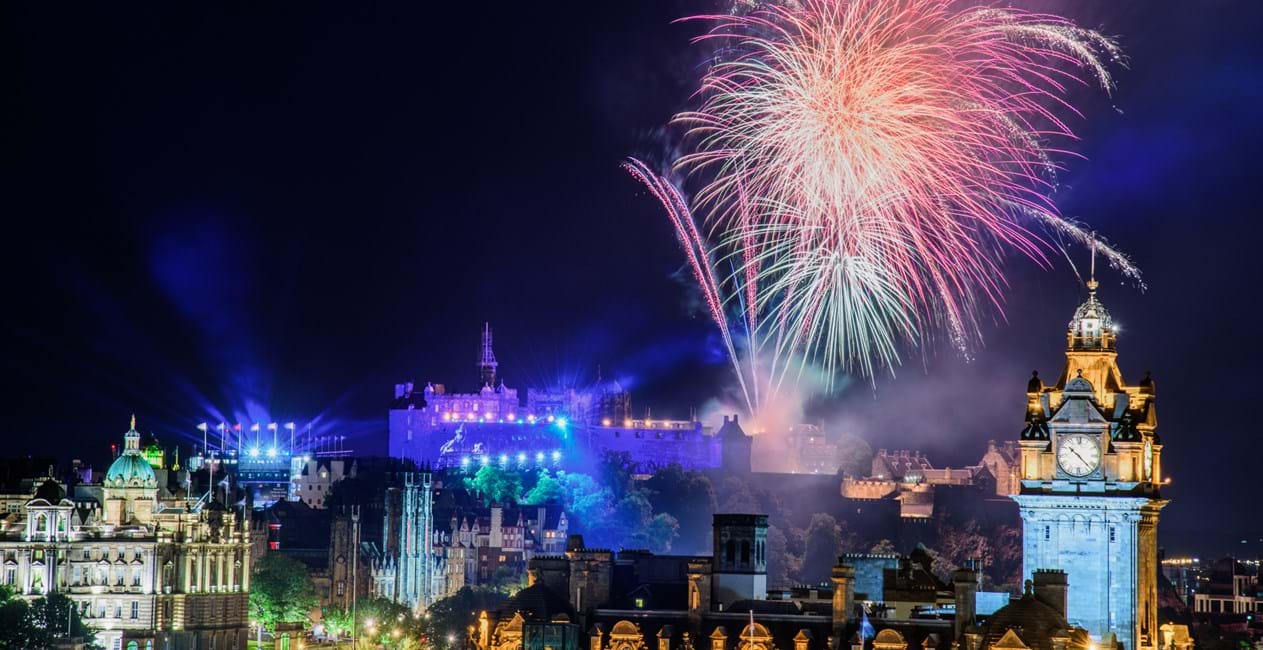 Happy New Year! These are the words we use to greet each other when the old year ends and the new year has arrived. Today lots of people hold parties and some let off fireworks to welcome in the new year.

Have you ever been to New Year celebrations? Trafalgar Square in London is usually full of people on New Year's Eve and everyone crowds to see the fireworks over the River Thames. The celebrations in Scotland are known as Hogmanay and a tradition of dancing and singing by weaving each other's hands together can be found throughout the country's towns and villages.

The new year starts when the clock strikes midnight and so not everyone in the world celebrates at the same time. Who celebrates first? Tonga, Samoa and Kiribati islands are the first to celebrate and Howland and Baker Islands, near the United States of America, are last.

There are old customs associated with celebrating the New Year here in Wales. The old New Year was celebrated on 13 January until the calendar was changed in 1752. This change was not popular but many old New Year customs were adopted to celebrate the new New Year.

These celebrations included the custom of leading the Mari Lwyd around the houses of the towns and villages. The Mari Lwyd was a horse’s skull on a pole and men would lead it from house to house singing verses asking for an invitation into the house. The people inside would reply, and woe betide any house refusing entry to the Mari Lwyd.

New Year's Day was a very important day in Wales. Village children would go around to gather small gifts known as calennig before noon on New Year’s morning.

Many of the old customs came to an end at the beginning of the last century but are beginning to re-appear in some areas.

Glossary
Calennig
On New Year’s day, children would call at houses and be given gifts known as calennig.
Hogmanay
Hogmanay is the Scots word for the last day of the old year.
The Mari Lwyd
The Mari Lwyd is a folk custom found in Wales.
1
Blog
Close
Blog
By Cai
Clearance Sales!

Once the Christmas period is over, actually on Boxing Day, shops usually offer deals on household appliances, groceries and clothing.

They are keen to clear their shelves to prepare for the new season. These sales have been a tradition for almost a hundred years (1930s).

History tells us that people go to amazing lengths to get their reward from the deal of the year! They are prepared to rush and struggle through the crowds to get to the shop door first! There is also a story of girls singing while queuing for 19 hours the night before.

In 2017, the media featured pictures of crowds in New York hurt while 'fighting' in an effort to get hold of a washing machine, vacuum cleaner or other household appliances. The other deals people look for are clothes, wines, groceries and luxury equipment.

But is it possible that some people queue just for fun? What do you think? 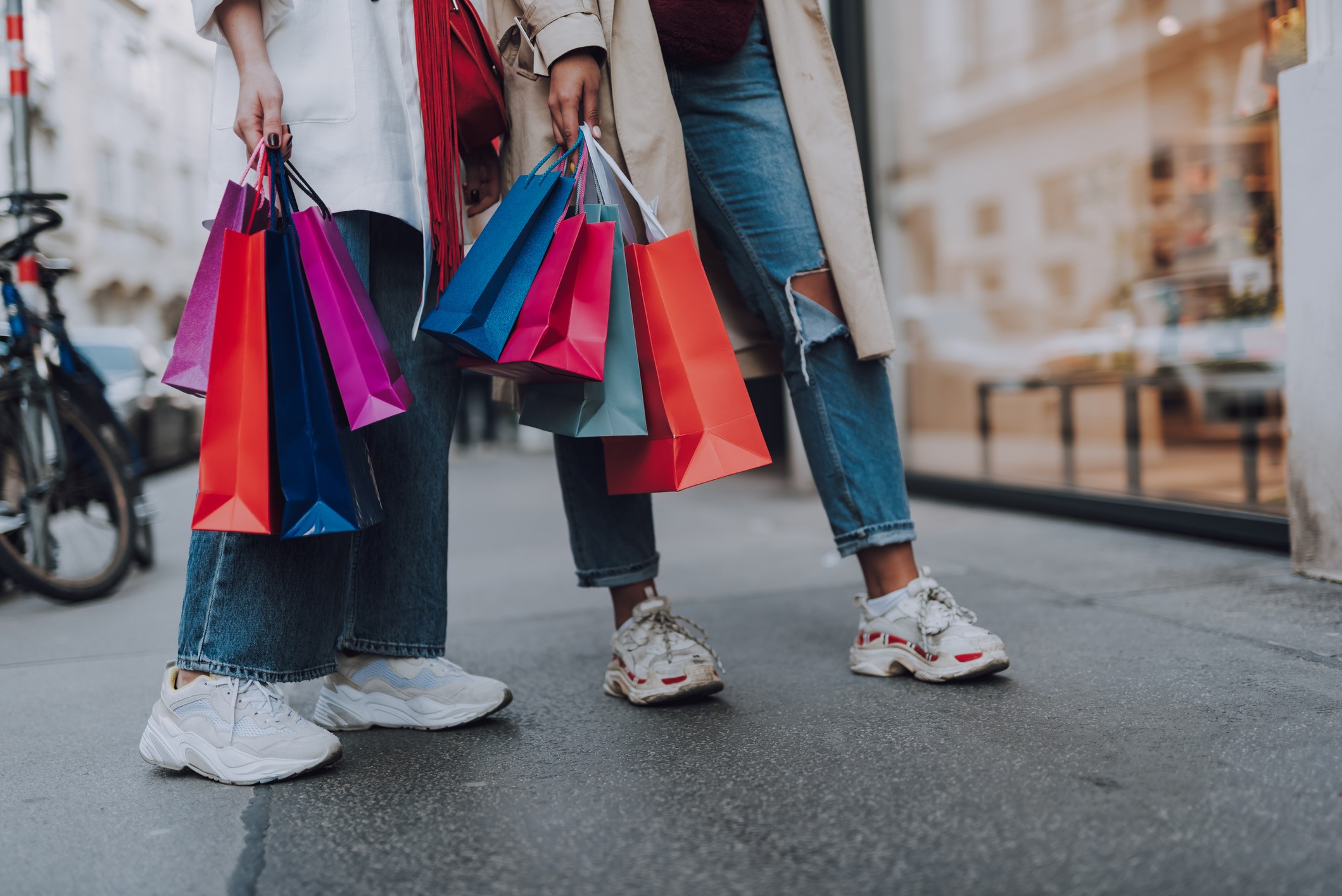 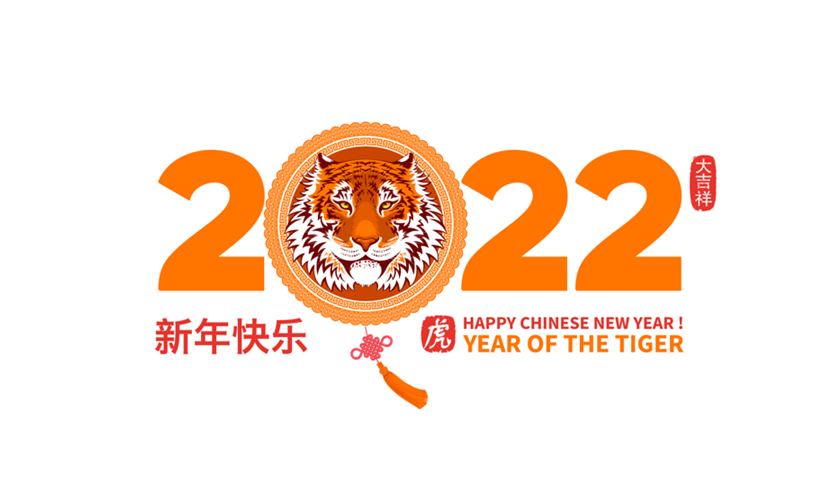 The Chinese New Year starts on a different date each year. This is the day when the first New Moon of the year is visible. The day marking the start of this year's Chinese New Year is 1 February. The celebrations will last until the night of the following full moon which is approximately two weeks.

Why is it different from our new year?

Many thousands of years, ago a monster called Nian (Year) attacked villagers at the beginning of each New Year. But the monster Nian was afraid of certain things – loud noise, bright lights, and anything RED in colour! So these things were used to keep him away and stop him from attacking.

The custom of dancing in bright costumes, lighting fireworks and crackers, decorating the streets of villages and homes is now very popular and part of the celebration; making sure that the monster does not come to bother anyone for the coming year. Children are given gifts and money in red envelopes. Feasts are held and families also meet and remember their ancestors and relatives who have died.

You have surely seen and heard of cities holding celebrations and a civic march featuring a colourful dragon. A dragon is used as part of the dance as it symbolises good luck. 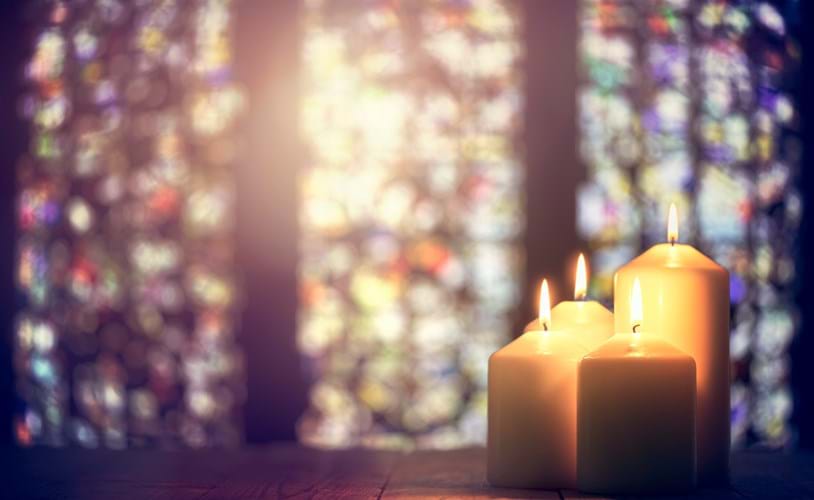 Candlemas is celebrated on 2 February each year. The festival commemorates the purification of the Virgin Mary as it takes place 40 days after the birth of her son, Jesus Christ.

A long time ago, this day was a very important one in the farmers' calendar as it was a sign that spring was on its way. In one 17th Century carol, the festival is called 'Gŵyl Fair forwyn ddechre gwanwyn' ('the Festival of Mary and start of spring').

During Candlemas, there was a tradition in Wales of lighting two candles and placing them on a table. Each family member would sit between the candles. They would drink from a cup and then throw the cup back over their heads. If the cup fell upright, this was a sign of a long life. But if it landed upsidedown, it was thought the person would die young.

The Old Candlemas used to be celebrated on 13 February, before the change from the Julian Calendar to the Gregorian Calendar in 1752.

How are you? Happy New Year to you again! No, I'm not confused. Did you know that some people are celebrating the New Year today because of an old tradition that has remained in some parts of Wales? Is this true of your country too?

Did you know that there was a reason for the old New Year, involving a change in the calendar? In 1752 the Gregorian calendar was adopted in Britain, which is the calendar we use today and which was approved by Pope Gregory XIII in 1582. Before that, the Julian calendar was used, founded by Julius Caesar in 46 B.C. A long, long time ago!

Apparently, there was an error in that calendar involving leap years. Who would have thought! The Julian year, by the time of Gregory XIII, did not accurately correspond to the seasons and the rotation of the sun. When adjusting from one calendar to another, days had to be 'lost' from the beginning of the year, so the first day of the year in the Julian calendar now corresponds to 14 January in the Gregorian calendar.

The whole thing is very strange but makes sense to me now.

Are there any interesting traditions in your country arising from the new year? It would be great to share your traditions with my friends.

Everyone in Wales celebrates St Dwynwen's day in January. But who was Dwynwen and where is Ynys Llanddwyn?

A plygain is a type of Christmas Service, the custom of going to chapel or church in the early hours of the morning to sing carols. Sometimes the service was held at midnight on Christmas Eve.

Soloists and men's parties would sing carols unaccompanied. There would not normally be a sermon, unless the rector of the church gave a short address. Some carols contained as many as 12 verses. There would be no compere for the evening but everyone would get up from their seat to contribute in turn, hoping that none of their chosen carols would be sung before they had their chance. Then after an intermission everyone would come back in the same order to sing a second carol. Until recently, the custom was strongest in North Wales and Montgomeryshire.

The Welsh word is “Calan”, which came into our language a long time ago, probably when the Romans lived in Wales. Their language was Latin. The Latin word for the first day of each month is Calends. This is the word that gave us 'Calan' in Welsh.

In Welsh, people refer to the first of May as Calan Mai and the first day of winter as Calan Gaeaf. Saint David died on the first of March, sometimes known in Welsh as Calan Mawrth. It’s easy to see the meaning, but in English the Latin word Calends has given us the word ‘calendar’.

Did you go out collecting ‘calennig’ this year? This was a very common custom amongst children at one time. They would go around wishing their neighbours a "Happy New Year", between midnight and noon on New Year's Day. They would receive a penny or two of ‘calennig’ for their trouble. In some places, they were given an apple or orange instead of money. There are still many ‘calennig’ songs in existence. 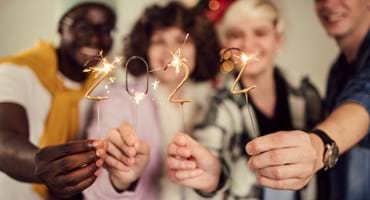 New Year's Day is a day for looking forward to the new year and looking back at the old year. A day for resolutions to live a better life! It is a day for ‘calennig’ and wishing everyone a 'Happy New Year'.

All the rest have thirty-one

Which has twenty-eight days clear

And twenty-nine in each Leap year.