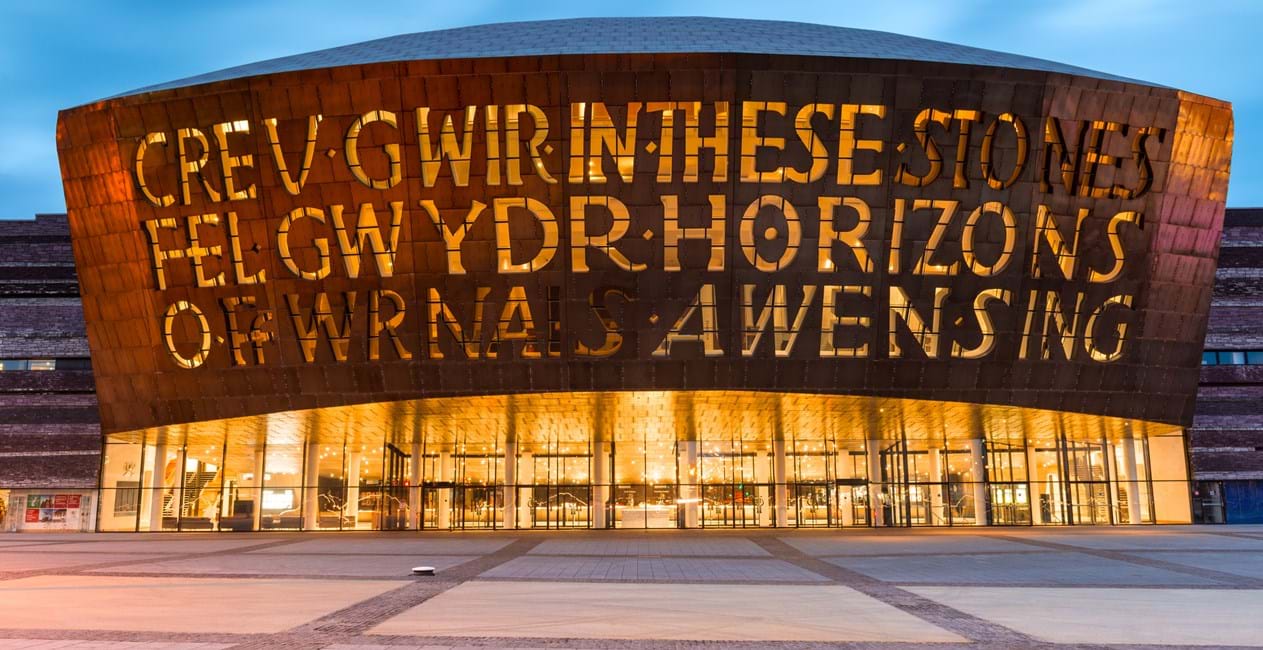 Who is familiar with the words “gwlad beirdd a chantorion”? I am sure that you will all have heard these words at some point in your life, whether when singing at the beginning of an international rugby match, at the end of a school eisteddfod or in a concert.

Music is an integral part of our lives as Welsh people, from the singing at the Eisteddfod to the Cân i Gymru competition, from singing hymns in chapel to representing Wales in choral competitions, from singing in rugby games to singing nursery rhymes. Think about last week, when did you have a chance to listen to music?

Some Welsh people have put our country on the world's musical map. Names such as Tom Jones and Shirley Bassey are now familiar around the world, and a Welsh song from Wales has even reached number 1 in the British iTunes charts. In early 2020 a popular song at Parc y Scarlets, Yma o Hyd by Dafydd Iwan, reached number 1 in the iTunes charts selling more than bands such as 'The Weekend'. Really, where else but Wales would rugby players celebrate scoring a try by listening to a song by one of the country's folk singers?

Musical tradition is very inclusive here in Wales. Children are encouraged at a very young age to go on stage to play an instrument or to sing at our biggest arts festival here in Wales, the Eisteddfod. This is the start of the successful journey for a number of famous singers and instrumentalists in Wales. There is even a hymn singing competition for people over 60 at the Eisteddfod.

In a large number of Eisteddfodau, the highlight is always the choral singing. But the tradition here is not just for professional choirs! Oh no! Videos are often taken of groups of friends, or sometimes strangers, starting to sing in 4 voices in unexpected places such as on buses or in restaurants!

Why not read the articles to learn more about a few aspects of the 'land of song'?

Glossary
Choral:
Singing together as a group.
Strangers:
People you do not know.
1
Blog
Close
Blog
Loti James
Great Gig!

After the success of past gigs I decided this year to go to the Pavilion Gig at the National Eisteddfod.

I can say hand on heart - IT WAS GREAT!!

This year the organisers decided to arrange a gig with the Welsh Pops Orchestra. It was a gig, a concert and one big party! I arrived excitedly all in the middle of a crowd of Welsh people. Obviously I had to stop first to get a bag of sweets on the field and then I made my way to my seat. The songs of the 90s were being played and it was nice to hear the songs of my childhood once again! There's nothing better than a little bit of ‘Paid â Bod Ofn’!

I'm a big fan of Diffiniad and Lleden, and I'm pretty sure I'm the number one fan of Eden! The singers were all wonderful but the highlight for me was hearing the Welsh Pops Orchestra. I have been in gig after gig listening to a feast of Welsh singers but this is the first time that I have heard an orchestra live.

If I had to give the gig a mark out of 10, I would definitely give it an 11! I'm already looking forward to next year's gig! 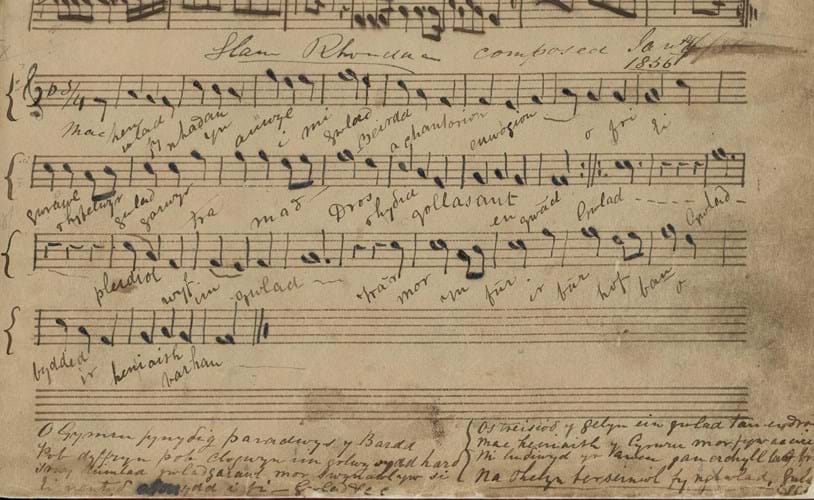 The national anthem was composed in 1856. It was a family project as Evan James wrote the lyrics and his son James James composed the tune. The original name given to the song was Glan Rhondda since James James reportedly thought of the tune on the river bank. After James composed the tune he asked his father to write words. Evan wrote the words in response to a request from his brother to emigrate to America with him. The words are full of emotion and show Evan's obvious love of his country.

Elizabeth John was the first to perform the song, at the vestry of Tabor Chapel in Maesteg. Although the song became more popular at the end of the 19th century as people started singing it in a variety of Eisteddfodau, it had to wait until 1905 before being heard for the first time at the start of an international rugby match.

Today, there is a monument in Ynysangharad Park, Pontypridd in memory of the tremendous contribution that Evans and James James have made to our country. 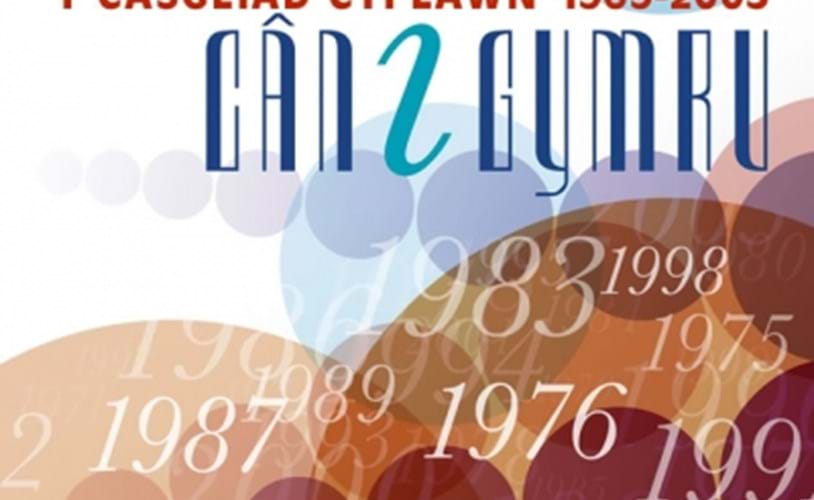 The winner of Cân i Gymru 2021 was Morgan Elwy with the song Bach o Hwne.

In 2016 a vote was held where viewers had the opportunity to vote for their favourite ever Cân i Gymru. The results were: 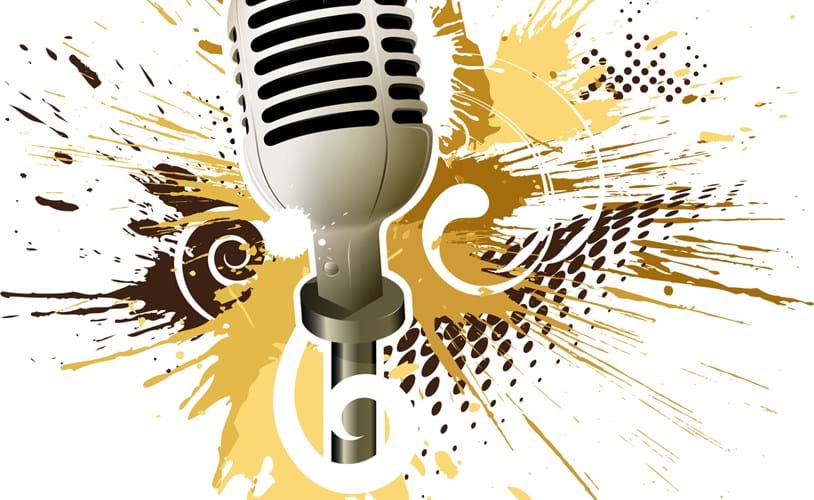 Welsh Singers on The Voice

When did you start singing?

I started rapping at the age of 13.

I went on The Voice. I went on Rita Ora's team. I chose her because she's young and talented and also I thought, "She'll really help me”.

What did you sing on The Voice?

I sang lots of songs from “Lights” (Ellie Goulding) to “I wont give up” (Jason Mraz). In the semi-final, I sang “Jealous” (Labrinth).

What did you do between shows?

Practised! You had to practise a lot but sometimes I went out with the other competitors. We went out for food and we went shopping and it was great. People were coming up to talk to us and they were asking, "Are you on The Voice? It was funny – but it was also nice.

Did you go to see Rita Ora perform?

Yes, I went to see her and Charli XCX perform at the O2 Empire at Sheppard's Bush. The gig was incredible. Rita and Charli XCX were fantastic and I learned a lot.

What did you enjoy about the experience of singing on The Voice?

Everything! It was great but I had to work hard to get to The Voice. I worked hard for years. When people said, "No!" I tried again. If you work hard you will get what you want.

Rori: You're right! I love hearing fans singing Welsh songs, it's a way of bringing all the fans together!

Anest: I went to see the Scarlets play last night! They were great! They scored 5 tries and every time the ball crossed the line Yma o Hyd by Dafydd Iwan was blasted out all over the stadium!

Gruff: That's one of my favourite Welsh songs!

Cara: I like all the hymns that are sung!

Rori: I like football and I have to admit: football fans usually chant.

Gruff: There are a lot of songs now associated with the Euros.

Rori: Yes, of course! 'Rhedeg i Baris’ by Candelas became an unofficial anthem for Euro 2016.

Cara: I hope the song brings us a little bit of luck at this year's tournament!

Jordan: I went to Tafwyl in the summer and it was great. Now, I want to hear more Welsh bands.

Jordan: Not at all.

Rob: Did they have “Welsh cakes”?

Jordan: I didn’t see any.

Rob: Did they have leek soup?

Jordan: I didn’t see any.

Rob: What about daffodils?

Rob: What did they have then?

Jordan: Well, loads of Welsh bands performing – they were great.

Alys: There are loads of great Welsh bands around.

Alys: Anelog. If you want to hear Anelog singing, click here: https://soundcloud.com/anelog
Listen to "Siabod". The music is interesting – the sound is different – the instruments are great and they also sing well.

Chris: I prefer a band called Y Bandana. If you want to hear Bandana singing, click here: https://www.youtube.com/watch?v=PRoOwxWstVY
The words are on screen too, so that's a great help. They sing brilliantly.

Khalid: My favourite song is “Coffi Du” by Gwibdaith Hen Frân. Click here: https://www.youtube.com/watch?v=N5ZHRYVBGok
to hear the song and see the words – and sing along.

Khalid: Why not? There are brilliant Welsh bands around today.

Jordan: I agree – excellent bands sing in Welsh. If you want to hear more, why not listen to C2 on Radio Cymru.

The Welsh language magazine 'Y Selar' was first published in 2004. It is now published 4 times a year and they hold the Selar Awards which give awards to artists in the contemporary Welsh music scene.

On this website you can find further information about 'Y Selar' and see who has won a variety of awards in recent years.

Catrin Finch
Name:
Catrin Finch
Date of Birth:
24 April 1980
Place of birth:
Llan-non, Ceredigion
Occupation:
Harpist
When did the interest start?
She started playing the harp aged 6. By the age of 9 she had passed grade 8 on the harp and then a year later won a place in the British National Youth Orchestra.
Awards:
Catrin Finch has won a host of awards over the years. These include: 1998: Blue Riband at the Bro Ogwr National Eisteddfod 1999: Lily Laskine International Harp Competition (France) 2004: Echo Klassik Award (Germany) 2005:Urdd Cerdd Cymru Outstanding Contribution Award 2014: Best Cross-Cultural Collaboration at the Songlines Magazine Awards (jointly with Seckou Kouyate)
Catrin and the royal family:
She was official harpist to the Prince of Wales from 2000 to 2004.
9
Slideshow
Close
Slideshow 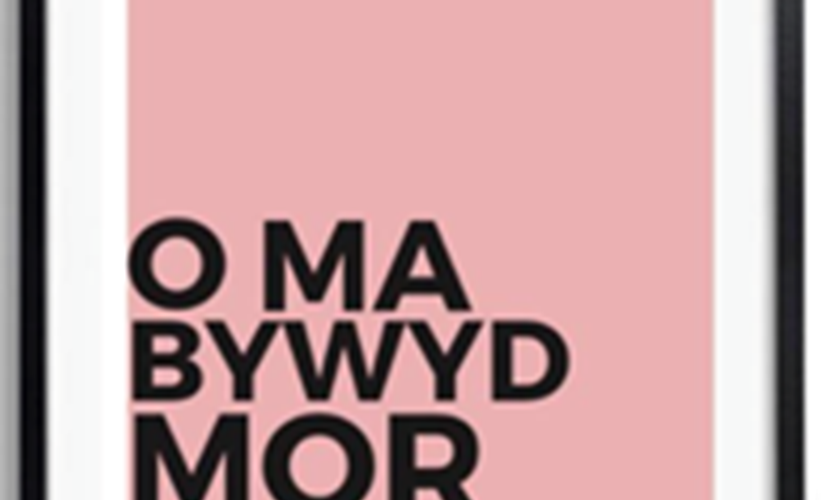 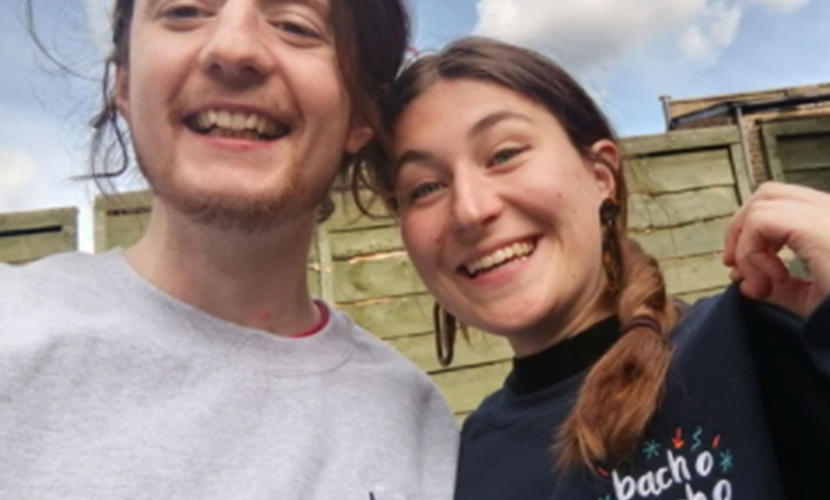 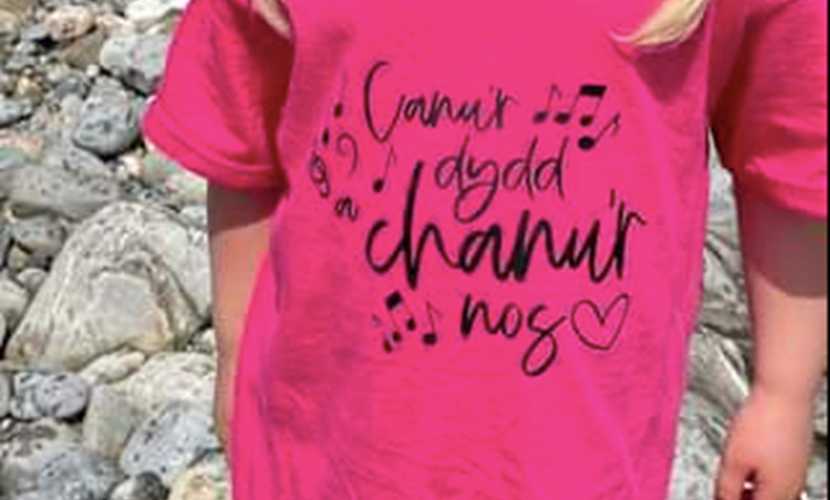 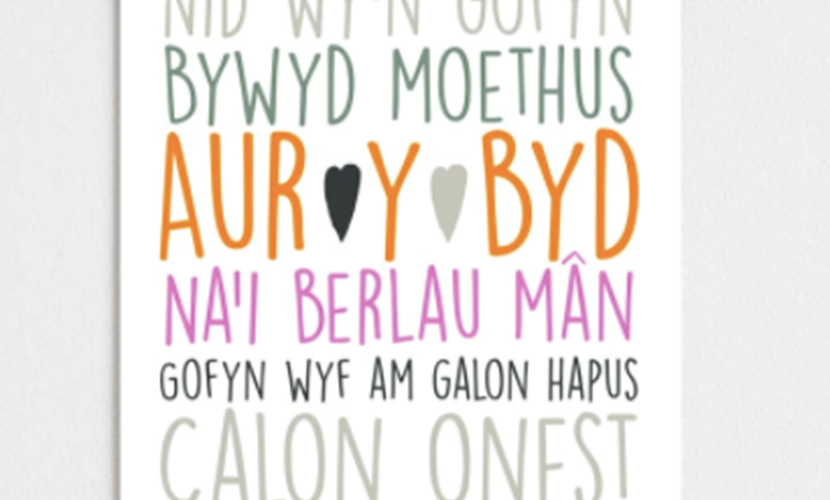 The Success of Catatonia

Catatonia began singing together in 1992. Cerys Matthews was the band's lead singer with Mark Roberts on guitar. Many others had been part of the band between 1992 and 2001 but the band’s latest period was Paul Jones on bass guitar, Owen Powell on guitar and Aled Richards on drums. Among their most popular songs are Road Rage, Mulder and Scully and International Velvet. Mulder and Scully reached number 3 in the charts and Road Rage was number 5. International Velvet was performed at the opening ceremony of the Rugby World Cup in 1999. Catatonia put their own stamp on the Welsh music scene at the time and raised awareness of the Welsh language in Britain.

This song by Alffa is the first Welsh song to reach a million hearings on the Spotify music streaming platform. The rock duo released their song in 2017 and have had tremendous success with it. It has now been played over 3 million times!