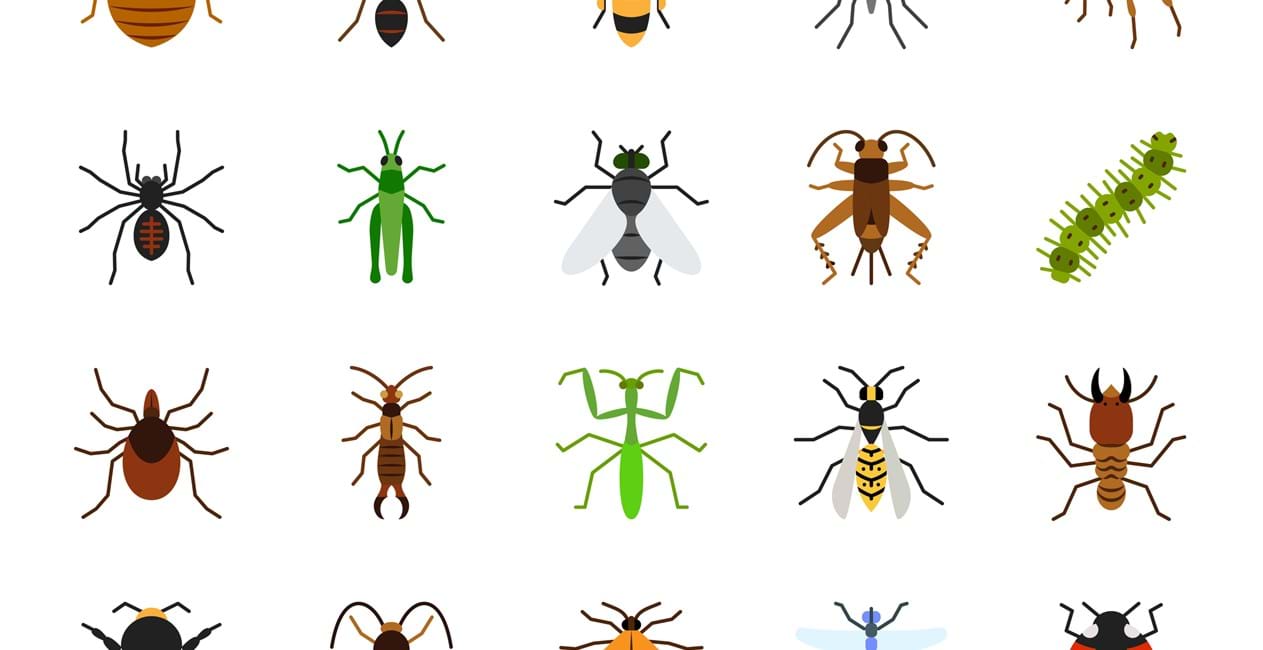 Did you know that new insects are still being discovered? Scientists now know of over a million different species but believe that up to six to ten million species live on earth.

Many small creatures are called insects, which are also known as invertebrates. Insects are divided into three different groups:

Insects’ main senses are smell, touch and taste. They use these more often than hearing and their ability to see in order to understand and learn about the world around them. They use antennae, short hairs and taste receptors to do this.

Insects’ colour and appearance is essential to their ability to survive. While some insects use camouflage to be able to hide in their surroundings others have bright colours to warn animals not to come close. They use camouflage to protect themselves from being eaten or to help them sneak up close to other creatures before eating them. Did you know about the bird dropping caterpillar? It looks exactly like a bird's dropping and so it can hide from the birds that want to eat it!!!

In this issue we will learn a lot about a variety of insects and remember to take the quiz to learn more interesting and strange facts about them.

Glossary
Camouflage
Camouflage is when a creature has a specific colour, shape or texture that enables it to hide well in its habitat.
Invertebrates
Invertebrates are creatures that live without a backbone.
Senses
Senses are ways to understand and experience the world. There are 5 different senses – touch, taste, smell, hearing and sight.
Species
A species is a similar group of organisms, for example, humans are one species, dogs are a different species.
1
Image & text
Close
Image & text 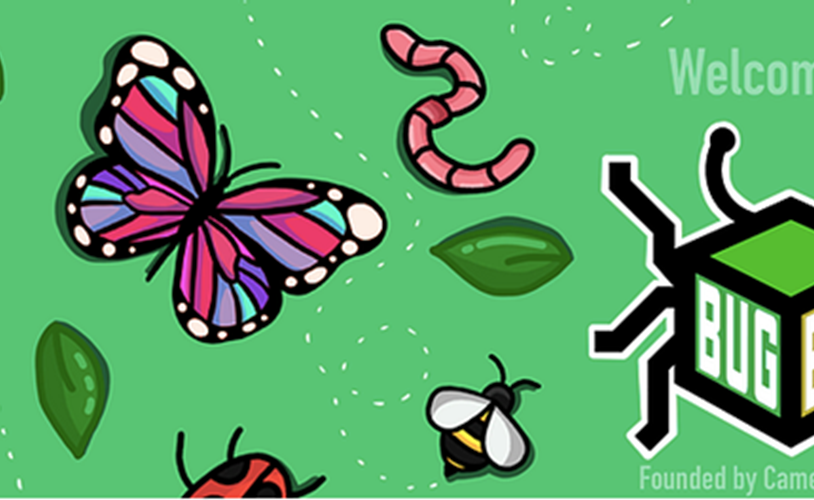 Spiders, scorpions and a Welshman from Llanelli!

Since he was very young Cameron Reardon has been very interested in small creatures!

The Welshman from Llanelli started selling insects from his parents' home when he was younger. He would buy insects, breed them and then sell them to people who wanted them as pets (yes, some people do keep insects as pets!)

He started selling the insects on social websites. The business has gone from strength to strength and now has a website (www.bugboxuk.co.uk) where everything it has for sale can be seen in one place and they send insects all over Britain and Europe.

Bugbox Uk sells all sorts of small creatures from spiders to snails, from scorpions to millipedes. You can also see the creatures at parties or educational workshops as they travel to exhibit the insects to people and children. They now also rehome reptiles, amphibians and exotics. 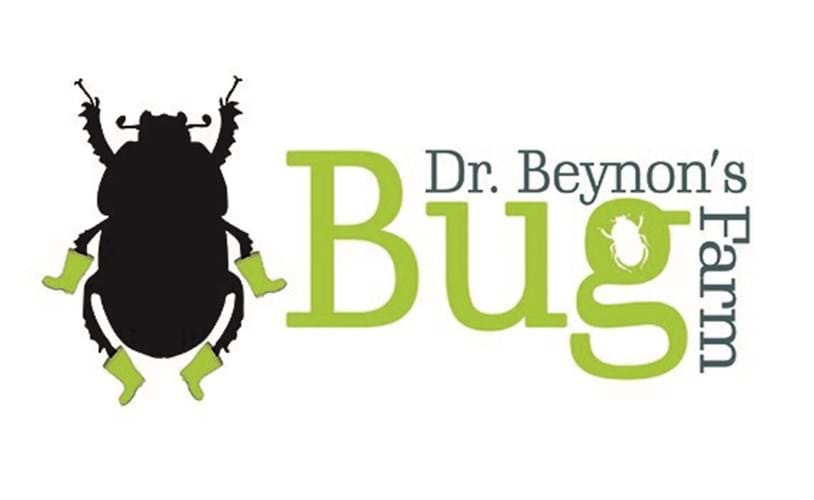 A home for insects in Pembrokeshire

Have you ever been on a farm or in a zoo? Yes? What did you see there? I am sure that you have seen a sheep or two on a farm and perhaps a lion or a bull in a zoo! But, have you ever visited somewhere that only shows the smallest animals – insects?!

The popular 'Dr. Beynon's Bug Farm' attraction is located in Pembrokeshire. And this is exactly what can be seen here – insects! If you visit one day there are a range of interesting activities and exhibitions, such as:

… and you can even touch some of the insects!

But, the most astonishing thing about this place is the café!! No, it is not an ordinary café, but a café where you can eat insects! Yes, eat them!! It was the first café of its kind in Britain and on the menu there are a variety of foods such as their cricket cookies, Grasshopper Arrabiata sauce and their famous burger (which is full of mealworms, crickets and grasshoppers!) 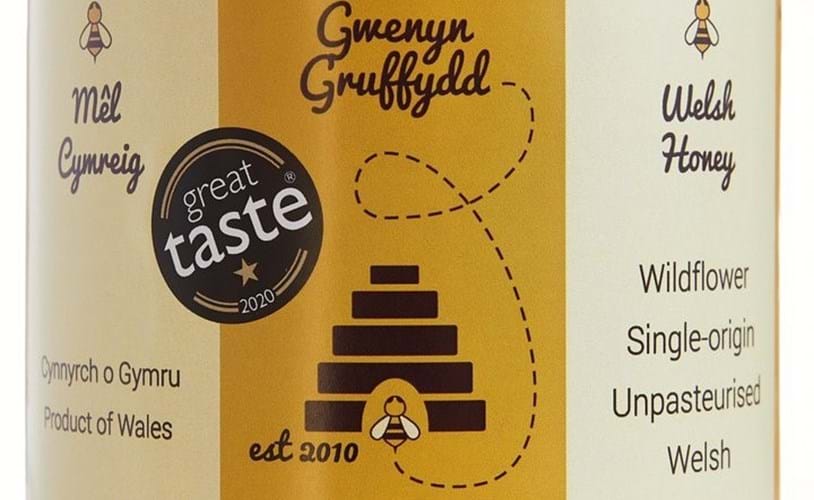 Bees are very important pollinators for flowers, fruit and vegetables. This means that they help other plants grow. When you see bees, what do you do? While some would run away, Gruffydd and Angharad would not!

Gruffydd has been interested in bees since he was young. The business was set up in 2010 when he decided to pursue his dream of beekeeping.

The business started with one hive (this is where the bees live) in Gruffydd's parents’ garden. Angharad, his wife, now also plays a leading role in the business and they have over 100 hives around Carmarthenshire, and care for over 5 million bees!! They now sell the honey produced by the bees.

Since bees are very important because they pollinate crops across the world, Gruffydd and Angharad are passionate about working to help increase the number of bees and they do this by offering people the opportunity to:

Actually, Gruffydd’s beekeeping company works hard to look after the bees and add flavour to our food (their honey is extremely delicious!) 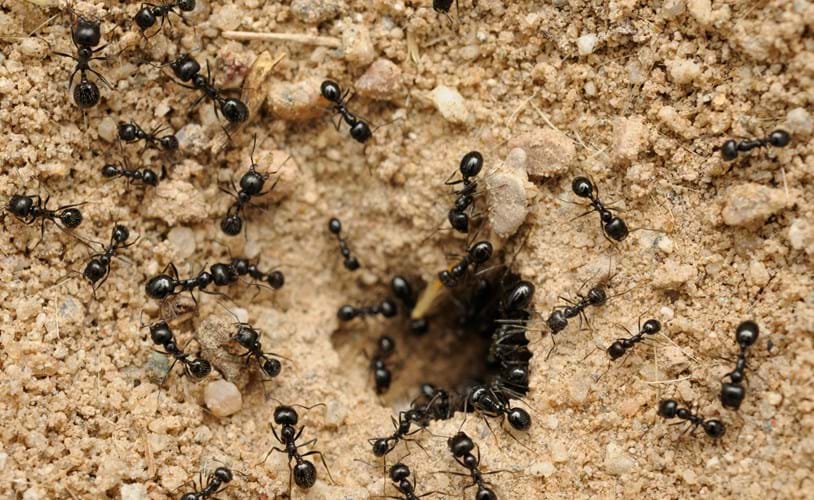 Have you ever been having a picnic on a nice summer's day and looked down at your sandwich but see an ant? They can be very frustrating creatures, but they are very important and clever insects!

Ants live in colonies or large groups. While some colonies contain tens of ants and others contain millions, on average between 100,000 and 500,000 ants live together.

Three types of ants live in a colony:

Some colonies survive for hundreds of years!

Every other year the Royal Entomological Society holds Insect Week. During this week they encourage people of all ages to learn about insects.

You can find lots of information and activities on their website. Why not go on a bug hunt to find some of the insects on the website?

Entomology is the science of insects. Scientists who study insects are called entomologists.

Humans have been studying insects for many years but in the 16th century people began studying them from a scientific point of view.

It is possible to look at many different aspects of insects but the three main things entomologists study are: 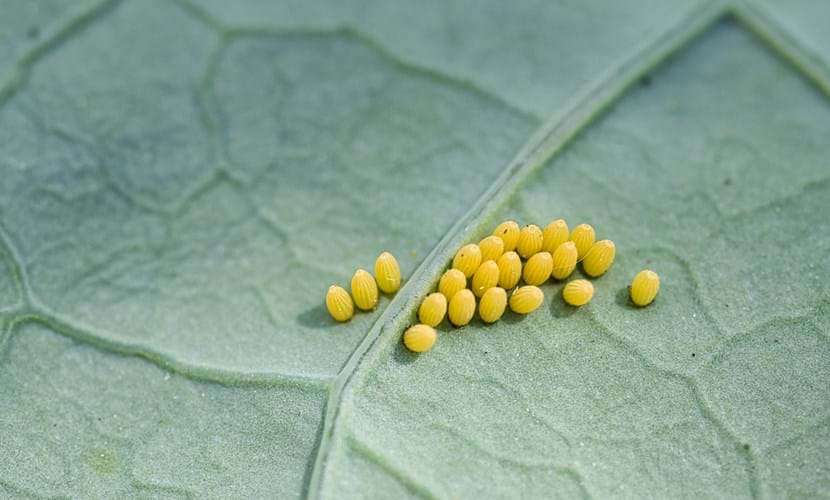 Life Cycle of a Butterfly

Everything starts with one small egg. Inside the egg a small caterpillar grows. 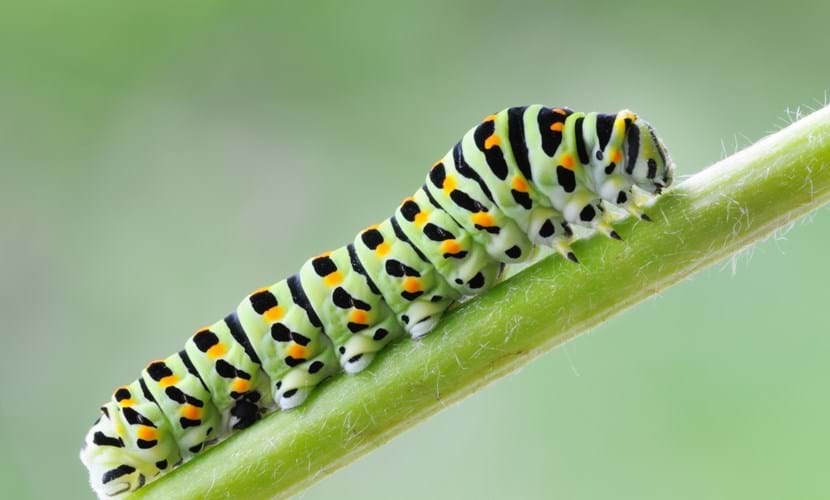 When ready the caterpillar will leave the egg. During their life they will shed their old skin several times and caterpillars can grow up to 100 times their size when they left the egg. 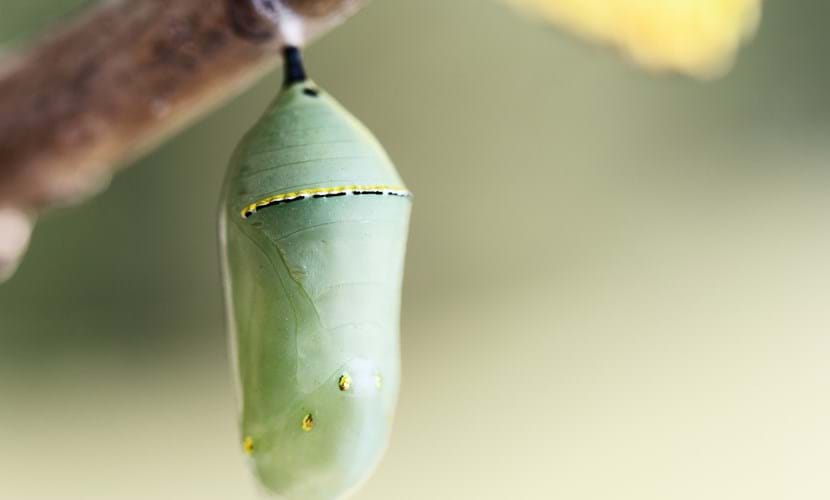 The caterpillar transforms inside the chrysalis. 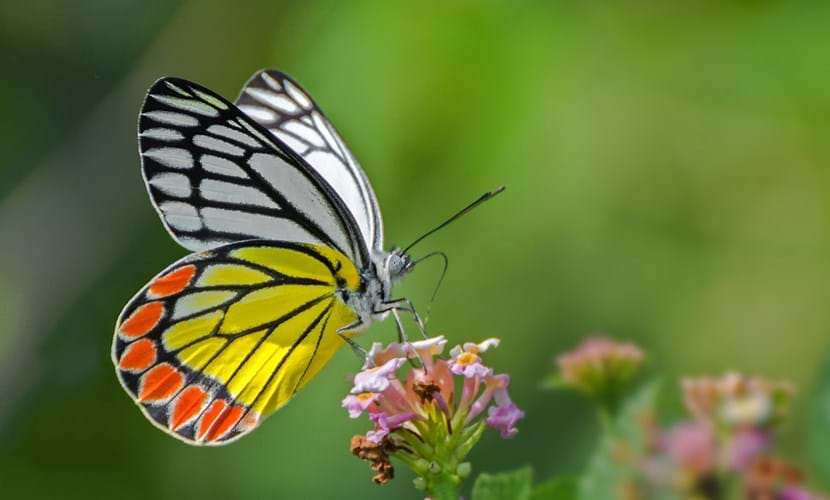 Then a beautiful butterfly will emerge! 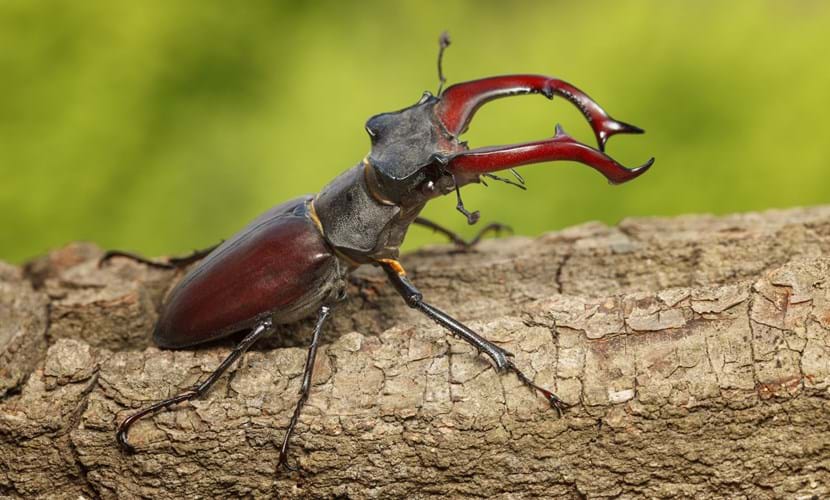 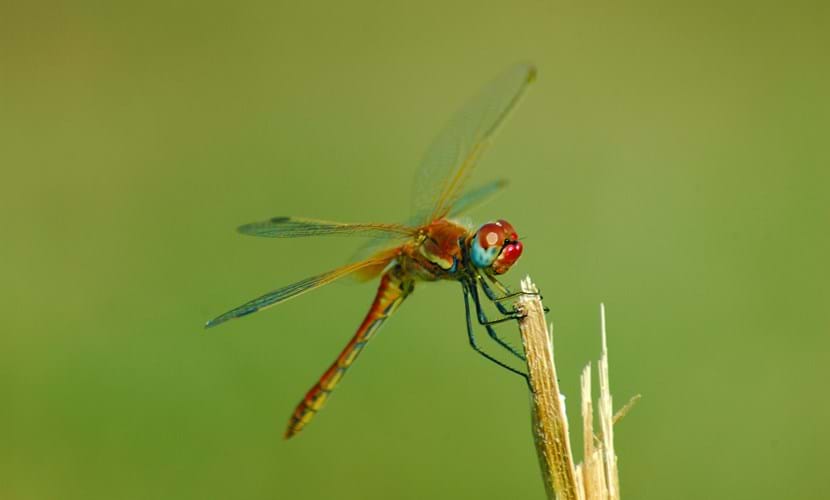 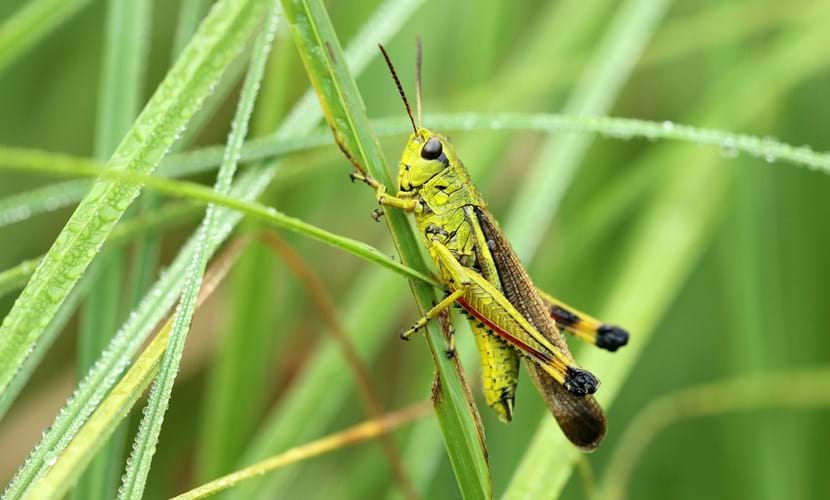 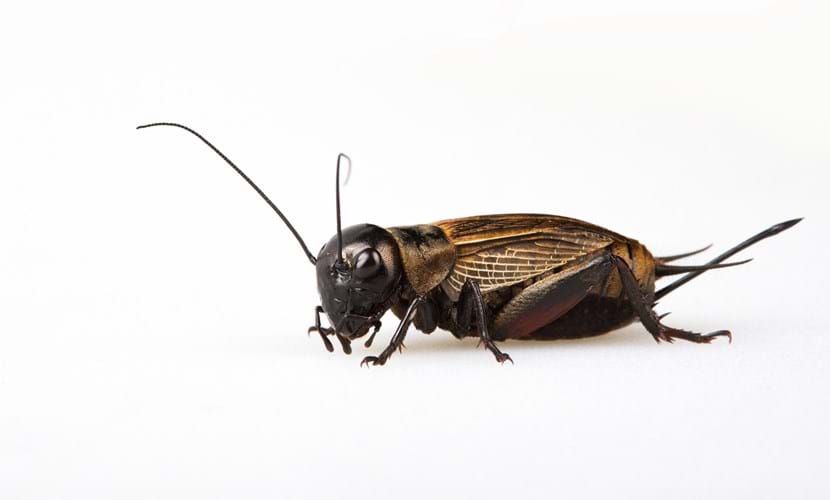 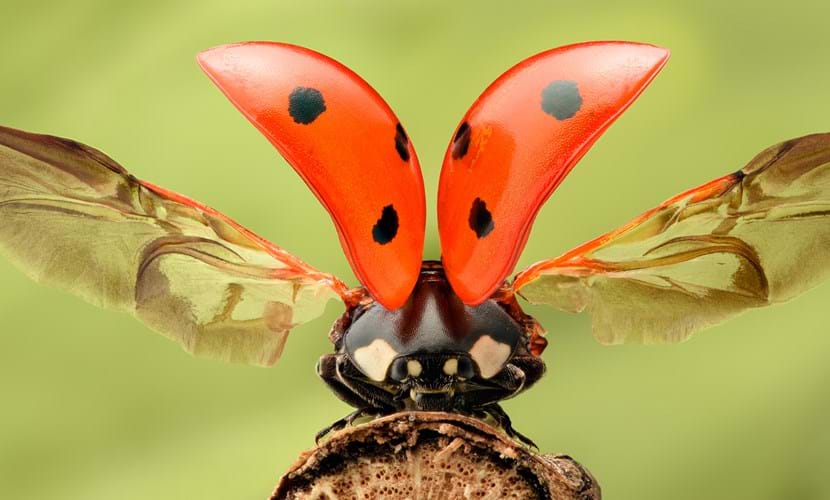 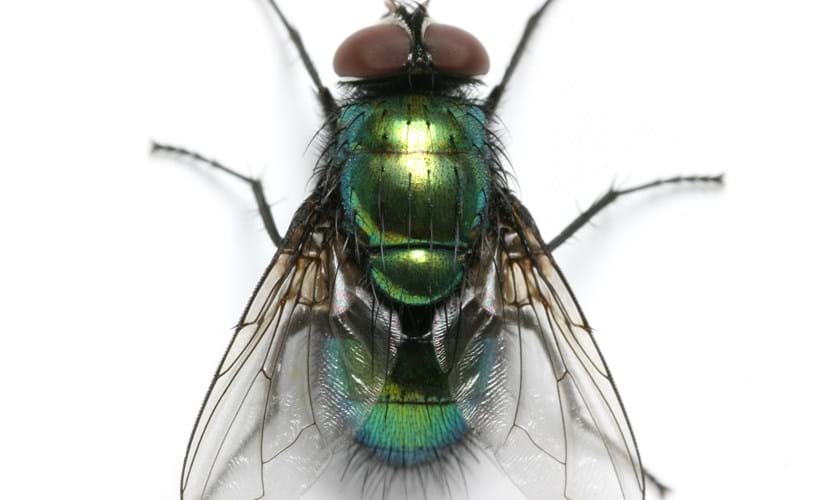