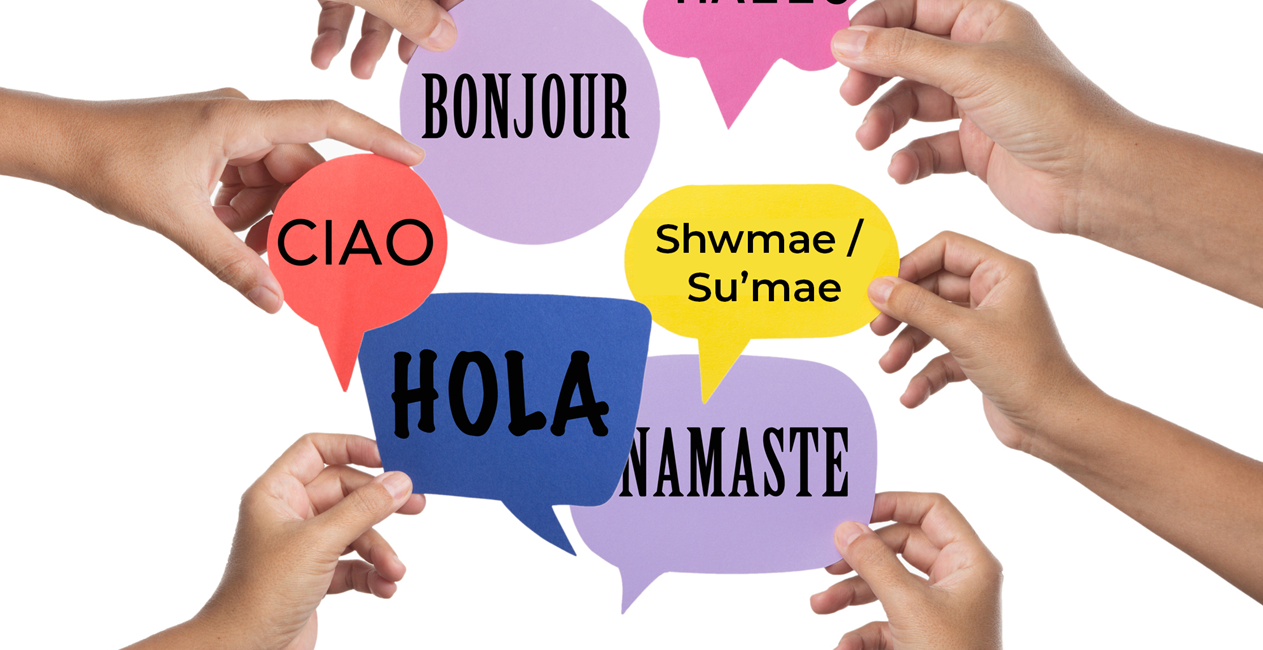 Every language under the Sun

Parent & Teacher Guidance
Every language under the Sun

How many times have you heard that learning and speaking English is important? People used to say that you had to speak English 'to get on in the world'. But how true is that today I wonder?

The list below shows the distribution of five of the most popular official or first languages in the world.

Welsh is a Celtic language. The term Celts  is used by historians and archaeologists for people who lived across a wide area including central and western Europe, with some extending as far as Asia Minor. The term is also used for modern nations that speak a Celtic language or spoke a Celtic language until fairly recently. The Celtic languages are divided into Brythonic – Welsh, Breton and Cornish – and Goidelic, namely Gaelic, Irish and Manx. The countries known as "Celtic countries" today are the six Celtic nations in north-west Europe – Scotland, Cornwall, Wales, Ireland, the Isle of Man and Brittany.

In August 2016 the First Minister published details of the Welsh Government's campaign to increase the number of Welsh speakers to a million by 2050.

First Minister Carwyn Jones said: "We are a nation that prides itself on our bilingualism. Vibrant Welsh-speaking communities contribute to the diversity of the country, making Wales an incomparable founding country to live in or visit.

The Annual Population Survey published in June 2020 indicates that 28.5% of people aged three and over can speak Welsh. In terms of total population, this amounts to 861,700 people. So, on to the million!

Glossary
Nation
A nation is a large group of people who live in one area or country with their own government, distinctive language, culture and traditions.
Distribution
Distribution is how something is divided among a certain number.
Minority
Minority is the number representing much less than half of the total.
Mandarin
Mandarin is the language spoken in the northern and south-western areas of China.
1
Image & text
Close
Image & text 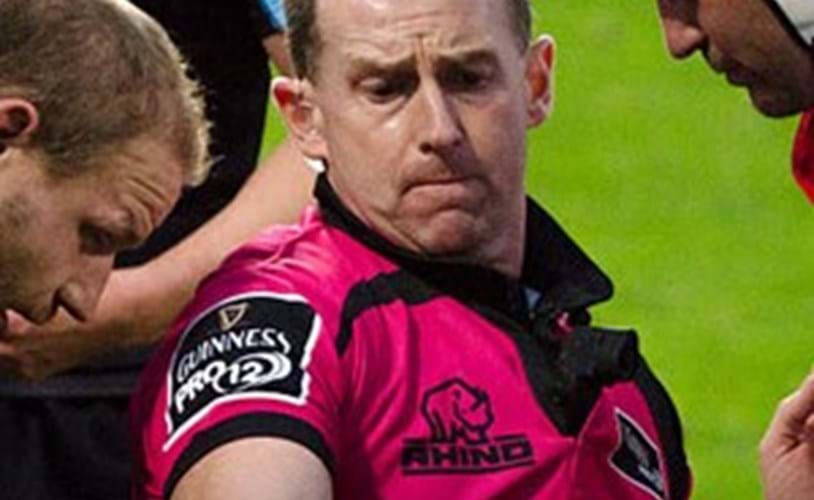 “I am very proud of the language and I speak Welsh wherever I am.”

I am very proud of the language and I speak Welsh wherever I am, in Wales, or in any other part of the world. One of my least favourite things is to hear people who are fluent Welsh speakers speaking English to each other – it happens far too often these days.

I remember refereeing Mefin Davies when he was playing for Leicester. We were the only two Welsh speakers on the field, but I spoke Welsh to him throughout the game. The other players looked astonished!

Many have been unhappy that I speak Welsh with players. I'm not trying to make a point, I just do it because it's a perfectly natural thing for me to do.

It would be good to have more coaches and players teaching and learning rugby through the medium of Welsh – one little thing that could make a difference on the rugby field and make my job easier! 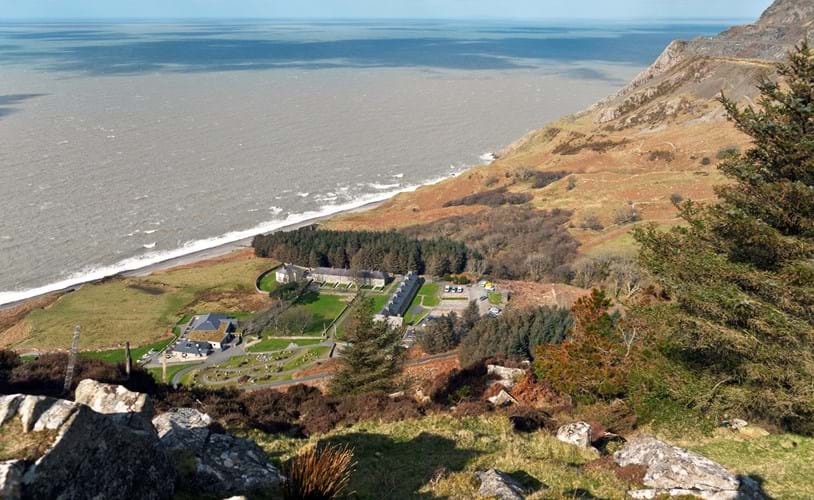 Nant Gwrtheyrn is a small village on the coast near Pwllheli in Gwynedd. Up until the 1950s it was a vibrant village with a school and a chapel built in 1875. But after the granite quarry closed in 1939 the men had to move away in search of work. It was also very difficult to get there as the road was steep and winding. All families moved away in 1959 leaving the village completely empty.

In 1982 the village was rebuilt as Nant Gwrtheyrn Language and Heritage Centre. Welsh lessons were held for the first time during 1982. A great many adults go there on courses to learn Welsh. It is also a popular place to go on holiday (up to 120 guests) and a magnificent venue for weddings. Around 30,000 people visit annually.

There is one famous legend about the village. Rhys and Meinir were going to marry and according to an old tradition at Nant Gwrtheyrn Meinir went to hide on the morning of her marriage while everyone else went to church.

As was the custom, Rhys's friends went to look for Meinir, but couldn't find her.

On realising that Meinir was missing, Rhys went to look for her but without luck. Months later, while Rhys was sheltering under his favourite oak tree, it was split in half by lightning.

And there, in the middle of the hollow trunk, was a skeleton in a wedding dress! This was too much for poor Rhys. He had a heart attack and died next to Meinir.

They say visitors have seen two ghosts walking hand in hand along the beach – a man with a long beard and hair and a girl with empty holes instead of eyes.

I hope you are well. Just arrived home from seeing my grandparents in North Wales. It was so nice to see the Trywern wall renovated once again. The site is so important to us here in Wales since Meic Stephens first painted it on the side of an old cottage near Llanrhystud in the 1960s. It made me think how lucky I have been to receive all my education through the medium of Welsh from nursery to secondary. I had a lovely Easter holiday, but I miss the Urdd and the National Eisteddfod last year and again this year because of horrible old Covid! At this stage, I am usually getting ready to compete. I hope everyone is well.

Meleri: I think the ability to speak, read and write Welsh is an additional skill that benefits people looking for a job.

Lucy: I agree. I work in broadcasting. Welsh certainly gives you so many more opportunities in terms of working on Welsh language programmes on S4C or Radio Cymru.

Geraint: Yes, you’re right Lucy. I work for BT. Speaking Welsh is a great help to me in contacting and communicating with customers.

Einir: You’re right Meleri. I work for the local health board. Older people like to speak Welsh with me because they are able to communicate more effectively in explaining their feelings.

Mark: I agree Einir. Customers who come into the bank every day are allowed to choose their preferred language for communication. Signs in the building support both languages. I wear a badge that says I speak Welsh.

Enfys: Communicating in Welsh is important to me. I work in a supermarket and all our signs are bilingual. The self-service tills give instructions in Welsh. The technology is great!

Moe: I'm not in work at the moment because I'm studying at university. I’m following a bilingual course in health and fitness. After graduating I’ll look for a job as a leisure centre manager or fitness tutor. There is no doubt that I will be in an advantageous position at an interview as I can speak and write effectively in Welsh.

Shwmae Su’mae Day was celebrated for the first time on the 15th of October 2013. The original purpose of the celebration was to promote the idea of starting all conversations with shwmae, su'mae or shwdi!

The aim of the day is to show that the Welsh language belongs to everyone whether they are fluent speakers, learners or if you are shy about your Welsh.

Save the date! Shwmae Su’mae Day is celebrated every year on the 15th of October.

The Duolingo app launched a Welsh course for the first time in 2016. Over 1.62 million people worldwide have now started learning Welsh through the app. The figure has increased by 100,000 since October 2020.

Duolingo said in their 2020 language report that the number of new learners using the app to learn Welsh had increased by 44% during 2020.

Welsh is the fastest growing language in the United Kingdom on the app and the numbers are currently above Hindi, Japanese, Turkish and French!

The report also noted that Welsh learners are in third place of 20 languages in terms of demonstrating a commitment to the language and in completing the lessons on the app on a daily basis. 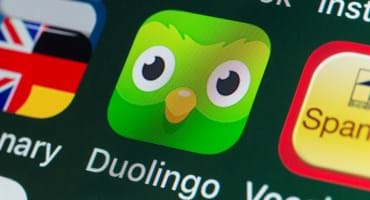 Welsh is now the ninth most popular language to be taught on the app in the UK.

Duolingo said that they had discovered in their report on UK learners that "the change is due to people wanting to learn Welsh to connect with the country and see Welsh thrive as a language".

The company believes another reason for the increase is the fact that the app is available free of charge and people can learn at their own pace.
Forward to a million Welsh speakers by 2050!

Do you like indie, rock, punk, funk, folk, electronica, hip hop or any other kind of music? Well, incredible music is being created in Welsh for you to discover.

You don't have to wait until Welsh language Music Day to share your love for Welsh language music or to find your favourite new song. Follow @Miwsig_ or search #Miwsig.