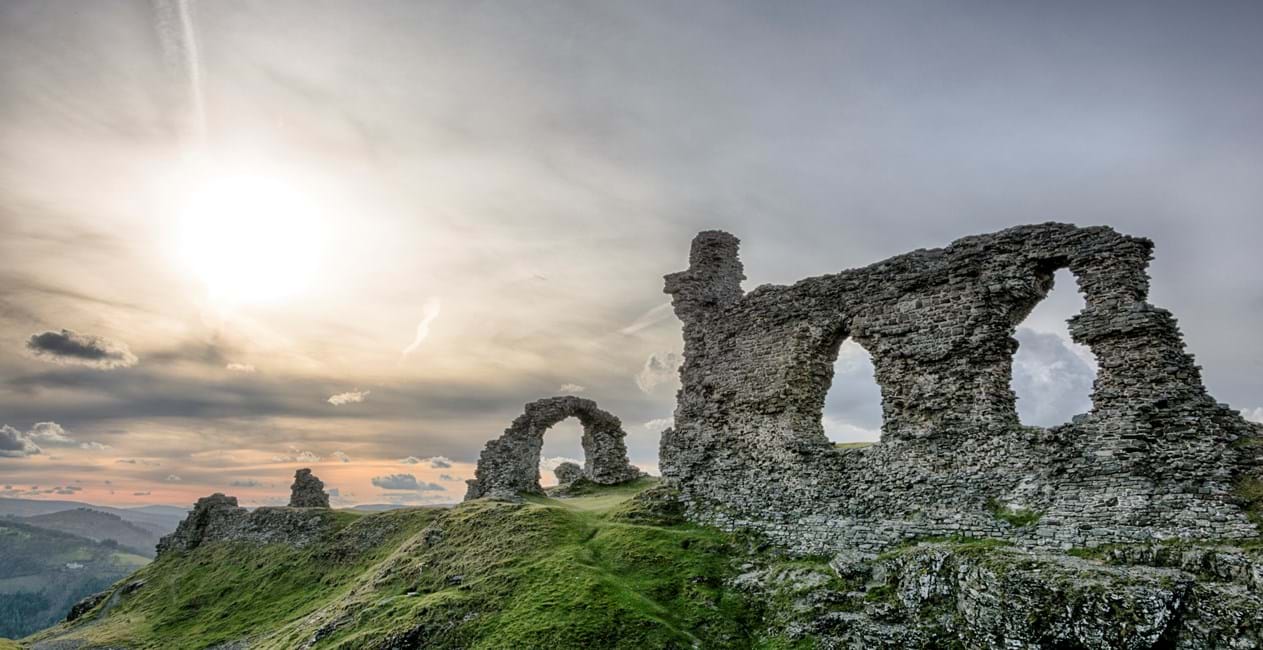 Discover the myths and legends of Wales

Parent & Teacher Guidance
Discover the myths and legends of Wales

Wales has a rich heritage of magical and mystical tales and legends from the Mabinogion to the Giant of the Carneddau and numerous profiles of famous kings, giants, bards and writers.

A legend is a traditional story sometimes popularly regarded as historical but not authenticated as being true based on facts. It is believed that myths and legends are partly true stories passed from one person to another through the ages.

Welsh mythology consists of folk traditions developed in Wales and traditions developed by the Celtic Britons elsewhere before the end of the first millennium. Celtic Britons or Ancient Britons, were the indigenous Celtic people who inhabited Great Britain from at least the British Iron Age (12th Century BC) into the Middle Ages (500 -1500), at which point they separated in identity into the Welsh, Cornish and Bretons.

As in most societies Celtic mythology and history were recorded orally by individuals such as druids. Over centuries the oral record of druids or bards has been lost or altered into the well-known legends that we understand today. It is fascinating that much of this mythology and history is preserved in medieval Welsh manuscripts, which include the Red Book of Hergest, the White Book of Rhydderch, the Book of Aneirin and the Book of Taliesin. It is possible to view the contents of these priceless medieval manuscripts at the National Library of Wales, Aberystwyth or online through their digital portal. Perhaps you will find a legend about your local area.

Are you aware of any myths and legends in your local area? Who knows? You may be walking to school along the paths of bards, giant or kings in times gone by!

Glossary
Authenticate
To authenticate is to prove or show that something is true, genuine, or valid.
Bretons
Bretons are a Celtic ethnic group native to Brittany.
Indigenous
Indigenous is something or someone who is native to an area.
Manuscripts
A manuscript is an original document written by hand by the first author.
Mythology
Mythology is taken from the Greek word mythos which means story of the people. Myths are collections of stories from a variety of cultures.
1
Image & text
Close
Image & text 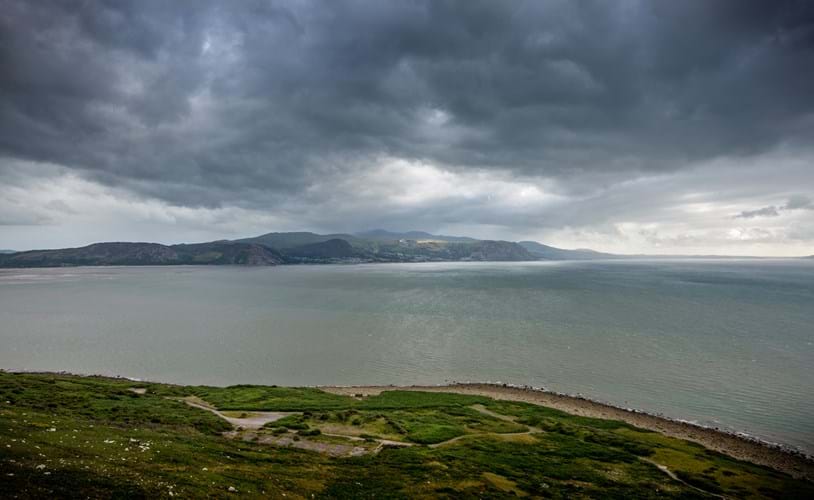 Legends in a non-existent world

Our world is heating up at a worrying pace and world leaders are debating how to resolve the situation. Climate change has happened in world history before, for example at the end of the Ice Age. Today, the ice at the North and South Poles is melting and sea level around the world is rising. There is concern that the islands of the Republic of Kiribati in the Pacific will lose land and homes altogether because of climate change.

According to the history of the sea, villages disappeared in the old legends as well. In the legend of Cantre’r Gwaelod we have the story of a land now under water in Cardigan Bay. Another story about a land now under water is the legend of Llys Helyg. According to this legend there used to be land in the bay between Penmaenmawr and the Great Orme in Llandudno long ago.

Do you know about these legends? Do some research to learn more about the ancient legends of Wales.

I hope you can help me. I have just moved to Llandudno from Cardiff and I am delighted with this lovely area. I love going for walks to the top of the Great Orme and have been amazed at how beautiful it is to look over the water in the direction of Penmaenmawr. When I was on one of my trips up the Great Orme one day I came across a man and woman walking in the direction of the café. They believed there was an old story of a land that once existed under the waves in the bay between Penmaenmawr and the Great Orme. They didn't know the story or remember who had told them.

I would be very interested to hear more about this story, so I am asking if you could please include an advert in your paper to find someone who has further knowledge of the story and perhaps include the story in your next issue. I look forward to hearing from you and very much hope that you can help me.

How are you? How did you get on at the Śledzik carnival? Sorry I haven't sent an email sooner but I've been very busy at school. We have been doing animation based on Welsh legends. What legends are well-known in Poland?

Mr Williams asked us to choose a legend based on the local area. I chose the legend of the Carneddau Giant and his daughter who wanted to leave her nasty father to go to live with her lover. After deciding on the legend, I had to choose the main characters and create a storyboard for the different scenes. Then to follow I wrote the script and dialogue for each scene. After I put it all in order I was ready to create the animation and then edit it using film editing software. To finish I added background sound and voice to the film and told the story in full.

The secluded Nant Gwrtheyrn is the setting for one of Wales’ most tragic love stories. Rhys and Meinir both grew up in Nant Gwrtheyrn, and it was not long before their childhood friendship blossomed into love, and they decided to get married.

What is a legend?

Legends are a mixture of facts and things that are not entirely true.

With legends from long, long ago in history, it's hard to tell for certain whether these were real people because we do not have the evidence.

This is a website that presents a number of traditional Welsh legends.

When you read about legends you can also learn a lot about their location. Sometimes you will recognise features such as mountains, estuaries, bays, coasts, lakes and islands.

Try to find information about local legends in your area.

Last week the first wedding took place at the spectacular quarry village in the Llŷn Peninsula. Nant Gwrtheyrn is a Welsh Language and Heritage Centre, located near the village of Llithfaen on the northern coast of the Llŷn Peninsula, Gwynedd. The remote quarrymen’s village was abandoned after the closure of the Porth y Nant quarry early in the Second World War. Now in 2021 the centre is also used for weddings and conferences, and as a residential centre for students of writing.

On Friday 6 August Erin and Rhys were finally married at this stunning venue after cancelling their marriage twice because of the Coronavirus pandemic. This was the first wedding held here in 2021. After the ceremony Erin told the family “I thought the curse of the folk tale of Rhys and Meinir was on us! I really thought that I wouldn’t marry Rhys whom I have known since I was in school. Because his name is Rhys like Rhys in the folk tale he was keen for us to marry at Nant Gwrtheyrn. The date was set in July 2019”. We booked the venue in 2018, one year before our date, little did we think that this would not happen until 2021. 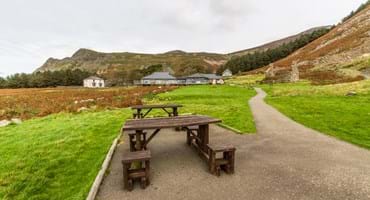 “The pandemic caused us to change our plans and I am so happy that we have finally been able to get married and have a few close family and friends with us”, Rhys told The Cymro. “My grandfather was one of the quarrymen who worked at Porth y Nant for 30 years, and using this venue today meant a lot to me. Erin and I have acted in a few serials shown on S4C for a few years, but today this was true life drama, I am elated to have been able to get married in such a historical and iconic area for my family”. Photos of Erin and Rhys’ wedding were taken with the background of the Irish sea and the derelict quarry mountain.

The secluded Nant Gwrtheyrn is the setting for one of Wales’ most tragic love stories. Rhys and Meinir both grew up in Nant Gwrtheyrn, and it was not long before their childhood friendship blossomed into love, and they decided to get married. 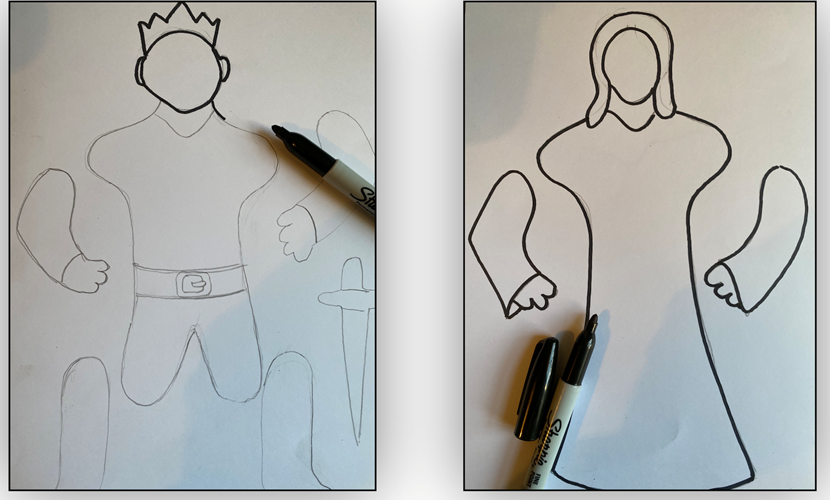 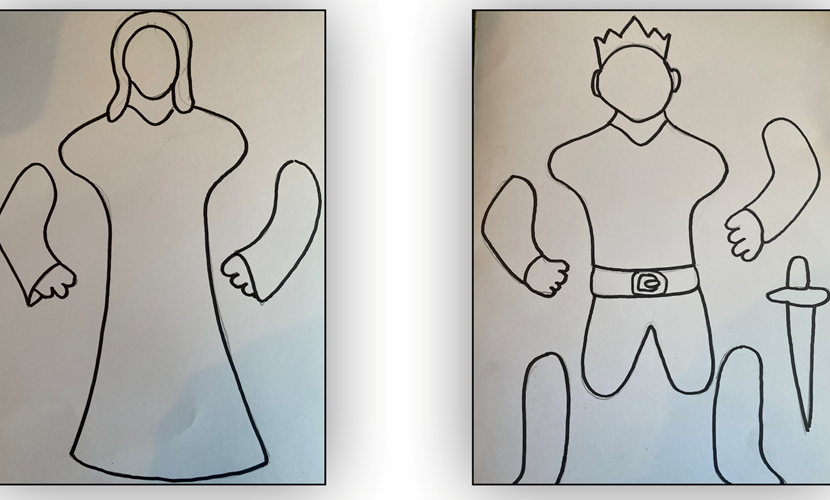 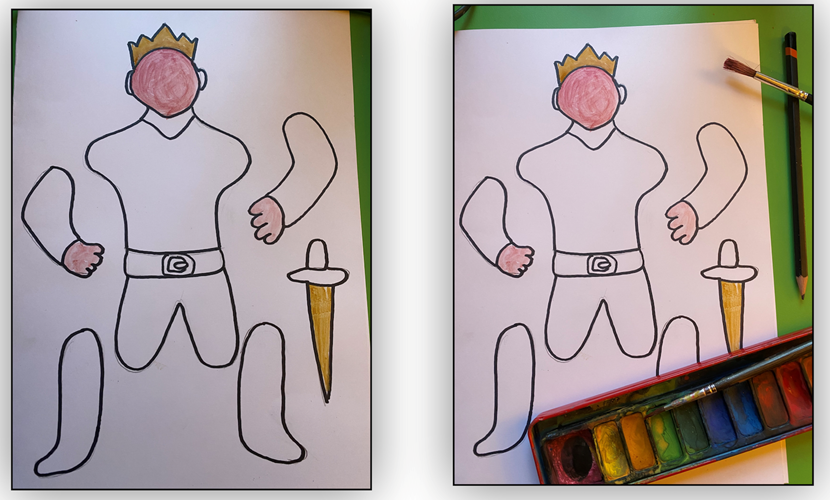 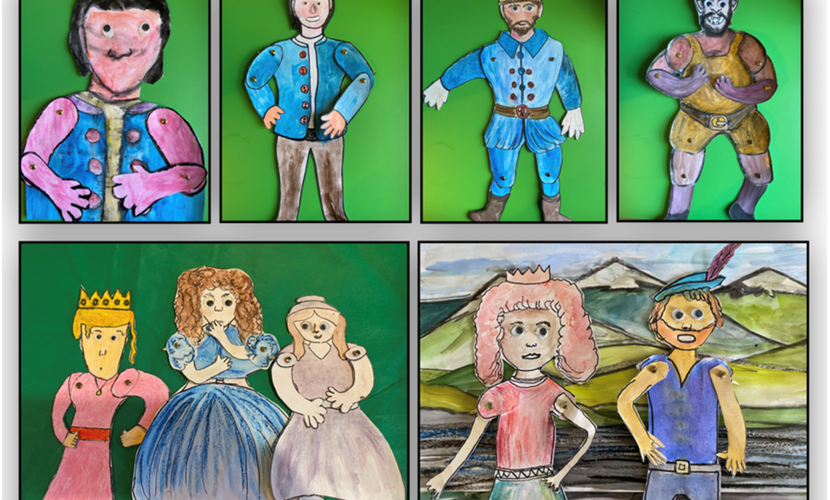 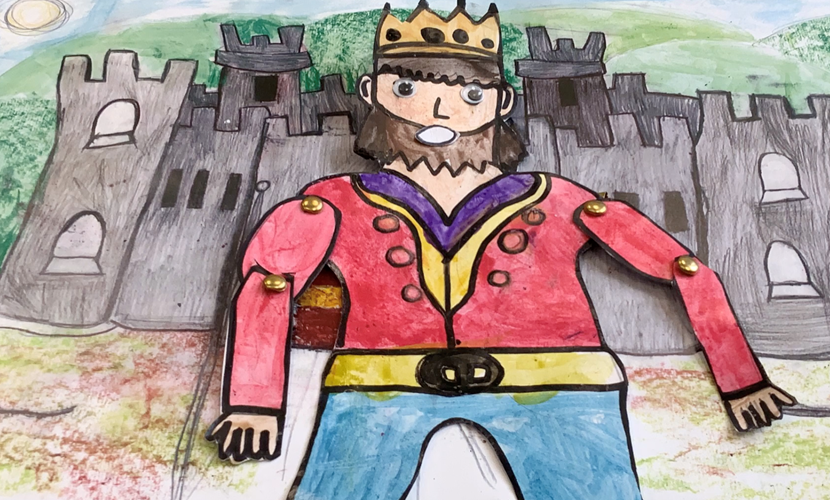 You are ready to create the animation. This is an example of pupils’ work based on the story of Branwen.