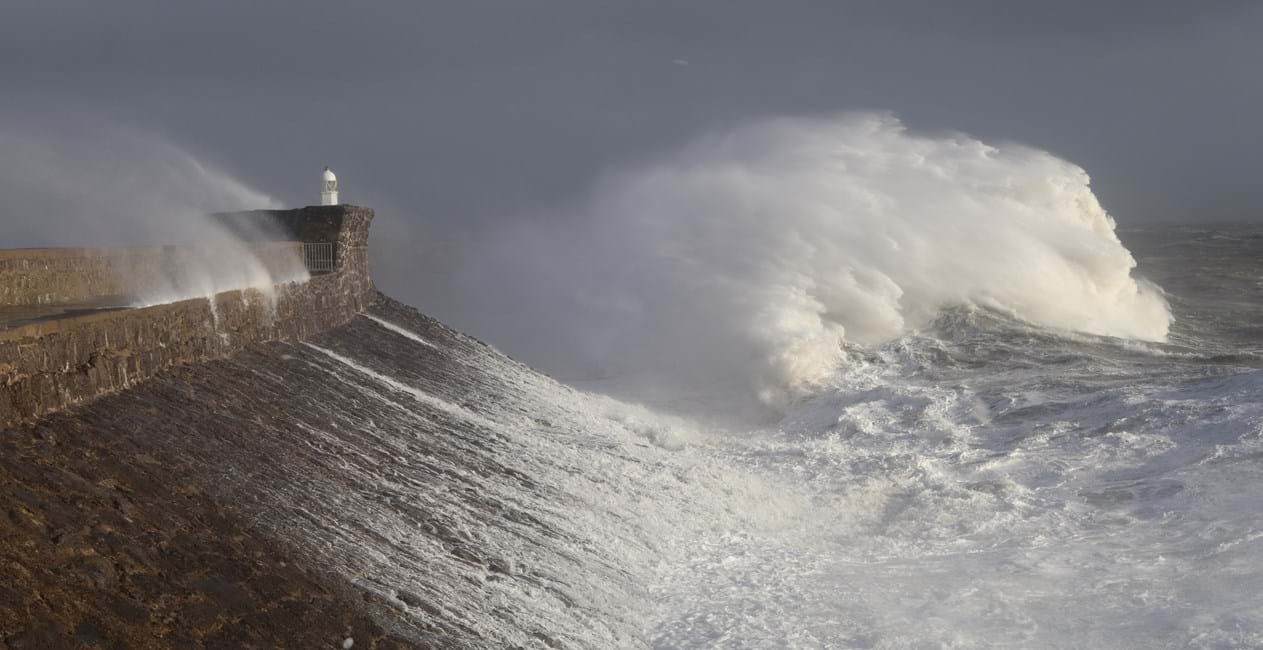 Climate Change in Wales, UK and the World!

What is climate change?

How are humans changing the climate?

Once in the atmosphere, greenhouse gases such as carbon dioxide form a 'blanket' around the planet. This blanket traps the heat from the sun and causes the earth to heat up. This effect was noticed as far back as the 1980s. In 1988, the International Panel on Climate Change (IPCC) was set up to provide governments with information to tackle climate change. www.ipcc.ch

Glossary
Climate change
Climate change is the long-term shift in the planet's weather patterns and average temperatures.
Industrial Revolution
The Industrial Revolution took place from the eighteenth century up until the mid-nineteenth century where goods were mass produced.
Methane
Methane comes from natural sources, such as wetlands, animal digestion along with oil and gas production. Natural gas is approximately 90% methane.
Atmosphere
The atmosphere is a layer or a set of layers of gases surrounding a planet.
1
Audio
Close
Audio

Listen to the weather forecast. Compare audio and television forecasts to identify similarities and differences in the language used.

How are they named?

How are hurricanes named?

Giving a hurricane a personal name rather than a number is easier to remember and less complicated. But who chooses them?

The practice was begun by the US Hurricane Center in Miami in 1953. Today the centre is managed by the World Meteorological Organization which is part of the United Nations. It has five committees in parts of the world where there are hurricanes and they choose the names.

The list follows alphabetical order, so the first storm each year begins with an 'A'.

There was no arrangement for naming storms in Victorian times. One was named Antje because it ripped off the mast of a ship of that name. Others were named after their location. In the Caribbean, they were named after saints if they happened on that saint’s day.

The letters Q, U, X, Y and Z are not used, due to the lack of names beginning with these letters.

During 2015 the Met Office's weather forecasting office began determining hurricane names during September each year. An annual competition to name storms and hurricanes is held in collaboration with Met Éireann, the Irish Republic weather service, and KNMI which is the Dutch national weather service.

If the storm has crossed the Atlantic Ocean to the UK the original name of the storm given by US weather services is used. 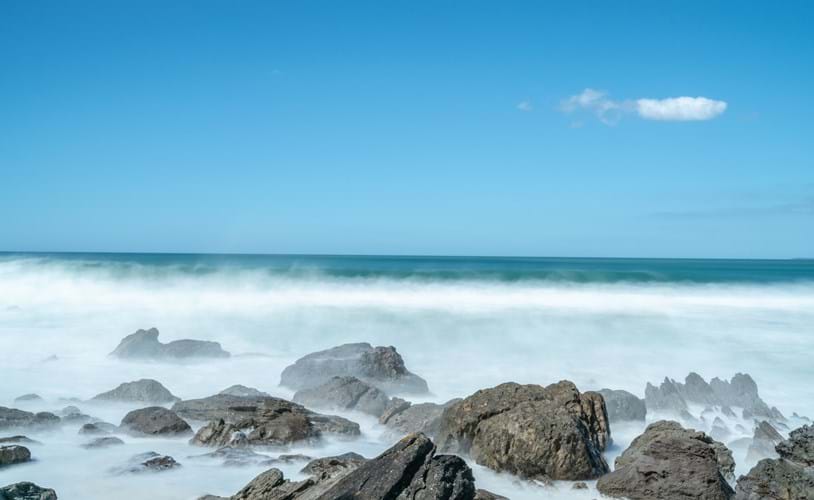 What is a rainbow?

The rainbow is one of the most amazing colourful meteorological events. In simple terms it is formed by the properties and behaviour of light, and how it interacts with water droplets. It is an arc-shaped spectrum of light which is created by refraction and reflection.

Refraction is the bending of light as it passes from one transparent substance into another.
Reflection is the return of light or sound waves from a surface.

Humans have been fascinated with rainbows and their formations for centuries. The Greek philosopher Aristotle first started thinking about rainbows and their colours back in 350 BC. Fast forward to 1665 when Sir Isaac Newton the famous Mathematician and Scientist undertook an experiment whilst studying at Cambridge University by bending white light through a prism. He was interested in learning about light and colours.

A prism is a three-dimensional shape with identical ends, called bases, and flat sides called faces.

He concluded that clear white light was made up of a spectrum of colours by splitting light with a prism!

Rainbows are formed when rays of light from the sun hit water droplets which reflects the light back towards the person. The water droplets are usually rain drops but could also be spray from a waterfall, a fountain or even fog. To see a rainbow, you must have the sun shining behind you.

The arc of the rainbow that is visible depends how high the Sun is in the sky. If the Sun is very high you may see a rainbow that just only appears above the horizon. If you saw a rainbow from a high mountain or an aeroplane it would be a whole circle! 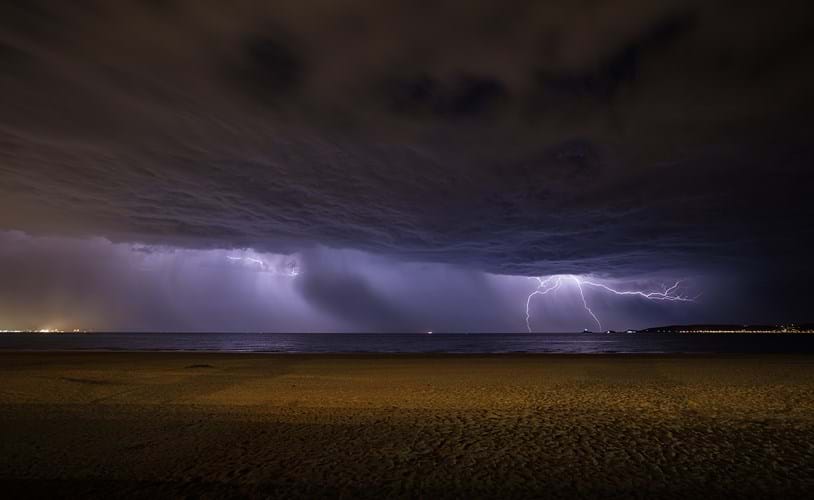 The high temperature makes the air expand suddenly. The air then explodes and creates soundwaves. We hear these as thunder. As light moves 900,000 times faster than sound we see the lightning before hearing the thunder.

How far away is the storm?

You can tell how far away a thunder and lightning storm is by counting the seconds between the lightning and the thunder and dividing that by 5. If you count 10 seconds the storm is 2 miles away!

What should we do in a thunder and lightning storm?

• Getting close to trees is dangerous.
• If you are in a group of people it is a good idea to keep about 15 feet apart.
• Swimming or snorkelling is not safe because water is an excellent conductor of electricity.
• A small puddle of water is dangerous in a thunder and lightning storm.
• Clothes lines and fencing posts are dangerous because they are made of metal.
• Lightning can strike a phone wire, so using the house phone is dangerous.

Did you know that the thunder and lightning occur at the same time? We see the lighting before hearing the thunder. Do you know why?

Using the Met Office database, search for a location or select a climate station close to your home on the interactive map to view climate averages between 1960 and 2010. I wonder if you can see a pattern emerging from the data?

The World of Science

It is true enough that the money comes from us, the privileged people of the West. But are we just easing our consciences? Is climate change our fault? If you don't think it is changing, ask Turaqulov, a farmer in
Tajikistan.

"I think the weather has warmed in the last four years and it's affecting our crops. We lose 30 per cent of them to different diseases."

Unlucky? Try unfair. Why? Because it’s the rich countries that produce the greenhouse gases that cause climate change and the poorest countries that suffer most.

When flooding occurs in Britain, help is readily available to us. It's very difficult for people in poor countries to make ends meet, so they don't have any savings to use in an emergency. Poor diet, lack of sewerage and lack of effective health care also spread diseases. 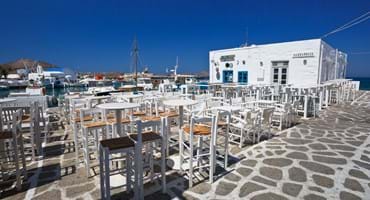 The situation is already dire but disaster is on the horizon. It’s a fact that levels of carbon dioxide and methane are higher today than they have been in the last 420 years.

Perhaps seeing what happens to the weather in Wales will persuade us to change our way of life.

In November 2021 the UN climate conference will be held in Scotland with 197 countries represented to discuss global warming issues. 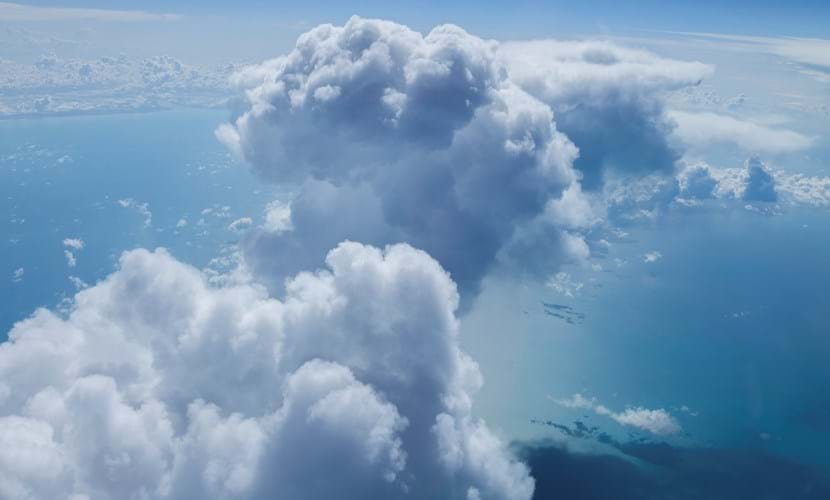 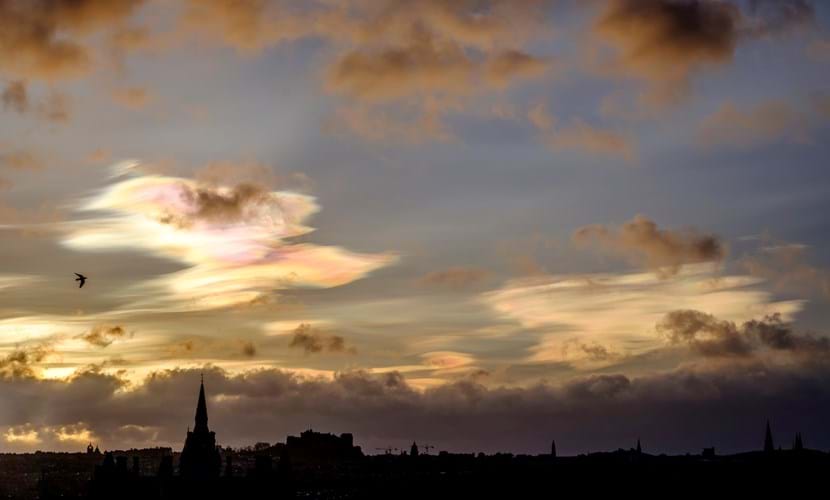 Nacreous clouds form in the lower stratosphere when the Sun is just below the horizon at a height of between 68,500 – 100,000 ft. They appear as large thin discs and often reflect vivid, iridescent colours as seen in a pearl or mother of pearl shell. 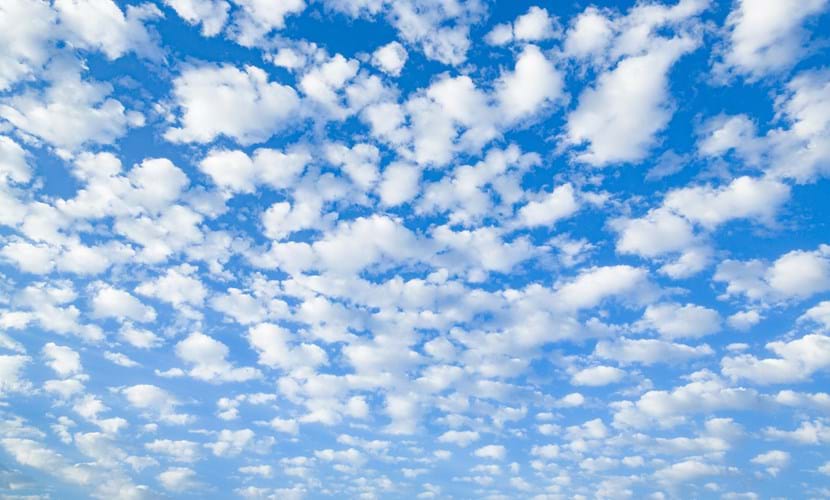 Altocumulus clouds are generally associated with settled weather and are white or grey in shading. They form in the atmosphere between 7000 – 18,000 ft. Altocumulus are made up of droplets and ice crystals. Rain from these clouds is rare. 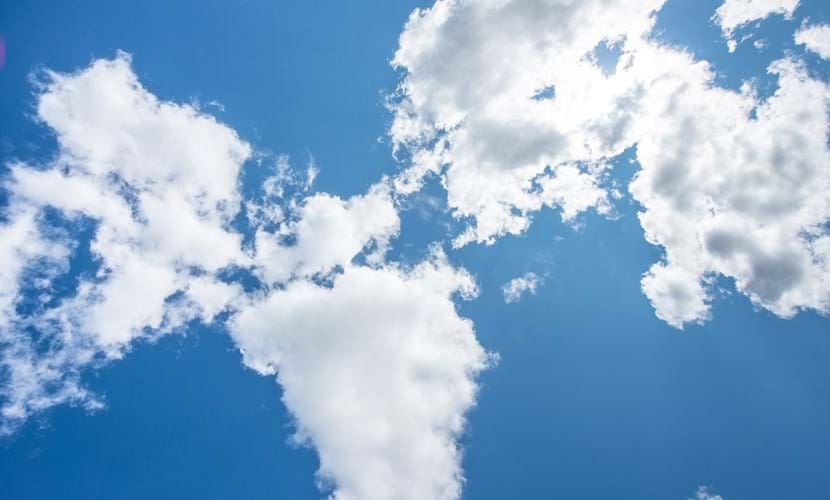 Stratocumulus are large, rounded masses of stratus that form groups, lines or waves. They can be seen in the lower level of the atmosphere between 1,200 and 6,500 ft. They are the most common clouds on Earth.

The Met Office is the national meteorological service for the UK. The Met Office has been providing forecasts to the United Kingdom for over 150 years.

Right across the world, every single day, people make decisions based on the weather. The Met Office provides weather and climate forecasts to help with those decisions. Data is collected every day, using cutting-edge technology and analysed using super computers.